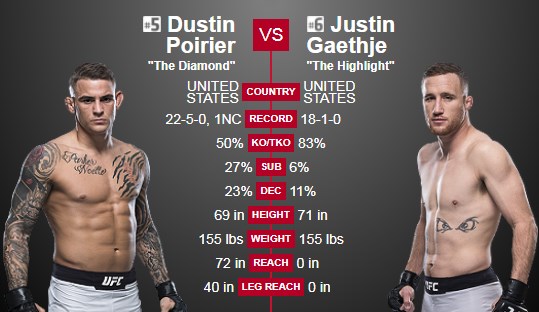 The UFC is heading to Arizona this Saturday for an exciting fight card. Here is a breakdown of some of the best betting opportunities on the card.

Aside from his quick submission of Alejandro Perez, Patrick Williams has not looked great in his UFC tenure. He’s athletic and can wrestle, but that’s not likely to count for much against a savage marauder like Luke Sanders.

Worryingly for Williams, his cardio failed him badly in his last fight and he’s been finished with strikes numerous times in his career. It also appears that he’s been primarily training with amateur fighters in preparation for this matchup.

Despite beating the breaks off his last two opponents, Luke Sanders inexplicably lost his last two fights. Unlike those opponents, Williams is unlikely to survive the first round barrage that Sanders is known to deliver.

This is a tough fight to predict, since both fighters have clear paths to victory. Dhiego Lima is a rangy striker and looks good when he’s given space to operate. However, he hasn’t always done a good job of keeping his opponents at bay, as evidenced by his fight against undersized welterweight, David Michaud.

Lima’s chin is also questionable, having been knocked out by numerous opponents in recent years. He’s also shown a susceptibility to a grapple-heavy game plan.

If Lima is able to stay at range, he’s certainly the favourite to win. If not, the clinch is a bad place to be against a physically dominant judo black belt like Yushin Okami.

Okami always looked to have an ideal sized frame for a middleweight, so it seems preposterous that he’s dropped to welterweight this late in his career. He didn’t look remarkable in his recent fights outside the UFC. In particular, his decision win over Paul Bradley could have easily gone the other way.

This isn’t a confident pick but given the close odds, I’ll take the younger, faster, superior striker. Dhiego Lima is the play at 5/6.

Brad Tavares is one of the most criminally underrated fighters in the middleweight division. Perhaps he’s overlooked because he tends to rack up decision victories rather than finish his opponents.

Tavares is nearly impossible to take down and he’s an excellent kickboxer. In particular, his swift jab and low kicks tend to cause his opponents huge problems.

Jotko is a good fighter too. He’s well rounded and his unorthodox movement often perplexes his opponents. Given the superb counter-wrestling of Tavares, Jotko is going to have to rely on his striking here – whether he likes it or not.

Jotko is definitely a live underdog, but his price would need to be much juicier for me to recommend playing him. At the current odds, Brad Tavares is the play at 20/29.

If you like your bets to have an even return, you could consider playing Luke Sanders and Brad Tavares in a double at 51/50.

Not many people expected John Moraga to blitz the highly touted Chechen prospect, Magomed Bibulatov, but that’s exactly what happened. While Moraga has shown himself to be a level below the elite fighters of the division, he’s still a solid well rounded fighter.

Unlike Moraga, Wilson Reis is much more of a ground specialist. With a dangerous submission game and a lot of brute strength behind his takedowns, Reis is not a fighter you want on top of you.

Moraga comes from a wrestling background and if he’s able to stuff the takedowns, I believe his boxing is good enough to win this fight. John Moraga is the play at 11/10.

There are two likely eventualities for this fight: either Carlos Junior wins by submission or Boetsch wins by knockout.

Boetsch packs some serious power and thrives in the underdog role. He only has to catch you once in order to send you to sleep.

However, when you put him on his back, he’s not good. Although Boetsch comes from a wrestling background, we’ve seen him get taken down in the past. When he found himself on the mat against high level black belts, Jacare Souza and Luke Rockhold, he didn’t last long in either instance.

Exactly the same thing will happen if he gets grounded by decorated BJJ champion, Antonio Carlos Junior.

While Boetsch is the fighter more likely to get finished, he could definitely catch Carlos Junior with a big shot as he’s coming in. I think there’s a good chance that this fight doesn’t go more than 7.5 minutes. Under 1.5 is the play at 29/25.

No matter what happens in this fight, Carlos Condit will go down in the history books as one of the greatest welterweights of all time. He’s an excellent striker with a lethal array of submissions and an iron chin. Unfortunately, one deficiency has plagued him throughout his career: his counter-wrestling.

With talks of retirement and a new coffee venture taking up his time, it’s unclear exactly how focused Condit is on fighting at the moment.

Alex Oliveira is not the most fundamentally sound fighter. However, with freakish strength and athleticism, he’s often able to muscle his opponents to the floor and finish them.

It’s important to note that Oliveira is taking this fight on short notice. This could impact his cardio. As we saw in his last fight, Oliveira puts a lot of steam behind his shots, which caused him to gas out and eventually get finished.

Condit always has great cardio and he’ll be the fighter with a full training camp in this matchup. Even with Oliveira’s grappling advantage, he could find himself in deep waters if he doesn’t finish Condit in the first half of the fight.

For this reason, I like a play on Carlos Condit at 6/4.

This matchup is going to be spectacular. In a fight where both fighters like to walk forward and throw bombs, it’s hard to pick a side. However, if you’ve stayed up until 3am you’re not going to miss out on gambling on the main event, are you?

Dustin Poirier is unquestionably the more technical boxer. However, when Poirier finds himself in dicey situations on the feet, he’s been known to deploy his wrestling, as he did against Joseph Duffy. He’s unlikely to have that option against All-American collegiate wrestler, Justin Gaethje.

While he’s not an excellent fighter, Gaethje is excellent at getting his opponents to fight his style of fight. Gaethje thrives in wars of attrition. He’ll walk forward looking to obliterate Poirier with low kicks and then let his hands go.

In a fight that’s likely to be a shootout, I favour the fighter with more proven durability over his technically superior opponent. Justin Gaethje is the play at 21/20.