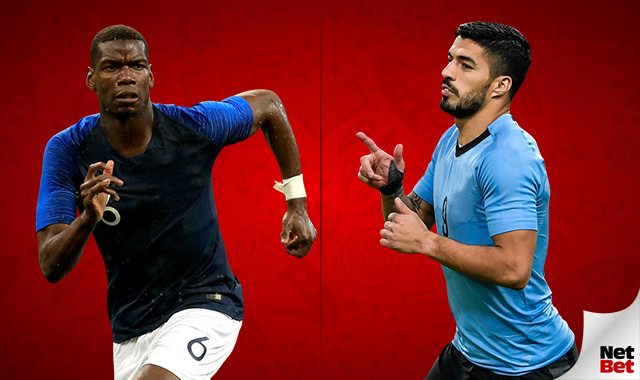 France take on Uruguay in the first quarter final on Friday afternoon in Nizhny Novgorod. Didier Deschamps’ team overcame Argentina in a seven-goal thriller in the round of 16, while Uruguay snuck through against Portugal, with two goals coming from Edinson Cavani, who later limped off injured.

Kylian Mbappe was the star for France against Argentina, scoring two as he and his teammates ended Lionel Messi’s dream of winning a W. Cup. However, Didier Deschamps will have to make a key tactical move ahead of Friday’s game, as holding midfielder Blaise Matuidi misses out through suspension. His partnership with N’Golo Kante in midfield enabled Paul Pogba to maximise his effectiveness and gave them stability against Argentina. His absence will likely see Ousmane Dembele come in to replace him and they’ll change their formation as a result.

As for Uruguay, they’ve proven to be one of the most organised and efficient teams in the tournament and they’re incredibly tough to break down, as their record of conceding just one goal in the competition says. The partnership between Diego Godin and Jose Gimenez in defence has been key, as has the partnership upfront between Luis Suarez and Edinson Cavani, who remains an injury doubt ahead of the quarter final.

This is one of the toughest games to predict, but I can just about see Uruguay winning this, but not by a big margin. Their defence is good enough to withstand the French attack, while they can also score some goals of their own. Blaise Matuidi will be a big miss for France and without him, I can’t see them winning.