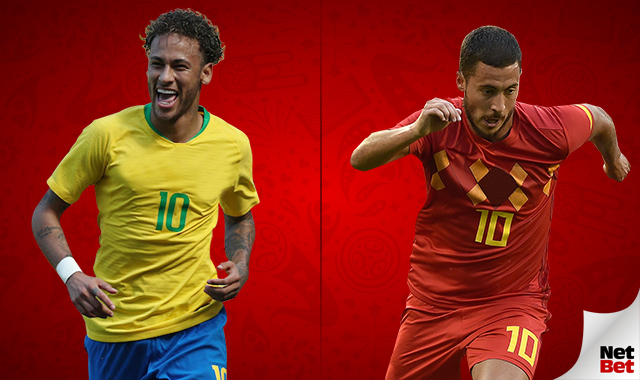 Brazil take on Belgium in Kazan on Friday night, with the winner going on to face either Uruguay or France in the semi-final. Brazil scored twice in the second half to beat Mexico in the round of 16, while Belgium made a remarkable comeback to beat Japan, after going 2-0 down in the second half.

Neymar opened the scoring shortly after half time for Brazil against Mexico, making it 11 goals scored in his last 19 internationals, before Roberto Firmino doubled their lead in the 88th minute to send them through to the quarter finals and Mexico out for a seventh consecutive time in the round of 16. They’re still yet to play the flamboyant football that so many expect from a Brazil side, but they’ve shown defensive solidity and nous throughout the tournament so far.

As for Belgium, they played out a thrilling tie against Japan in the last round, going 2-0 down before Nacer Chadli scored on the counter attack with the final kick of the game to win it 3-2. Marouane Fellaini also came off the bench to score a goal, in what is seen as a tactical master stroke by Roberto Martinez. However, this game only reinforced what many believe about Martinez, that he’s incapable of organising a defence, the same problem that proved to be his undoing at Everton.

Belgium will be worried going into this one, especially after going two goals down against Japan in the last round. Brazil won’t allow them to get back into it if they go two goals up. However, the Belgians will take confidence out of the Japan game and believe that anything is possible. I’d expect Brazil to win this one though and make it through to the semi-finals.