NetBet Casino is proud to introduce Vikings Go Berzerk, the second game in a series from Yggdrasil Gaming (the first being ‘Vikings Go Wild’). It’s an appropriate subject for the company, as they’re named for the mythical ‘world tree’ which stands at the centre of Viking culture. The legend says that the great tree was what connected the nine realms through its vast network of roots. I’m not sure the game allows for inter-dimensional travel, but it’s certainly as Viking as they come.

This outing sees our four Viking heroes (sadly, we cannot seem to find any names for them, so we’ll name them ourselves: Captain Dave, Moose, Roger and Gillian. You can of course change this if you see fit, but we don’t see why you would, they are perfectly sensible names) at sea in their longboats. They appear to be stranded on some rocks, around which are gathered some innocent-looking but slightly smug young ladies. Our Vikings are not fooled by their act; they know as well as we do that these are the evil sirens. Sirens were creatures out of Greek myth, half-woman, half-bird creatures who lured sailors to a watery death on the rocks with their alluring songs. Here, they appear more like mermaids. Finding themselves in a mythological crossover, our four heroes must gather coins and treasure chests in order to work up a sufficient rage to go berserk and do battle with their foe.

The fight takes place whenever you manage to land yourself some Free Spins. At this point, the smug young ladies dive into the water, and their true nature is revealed – they’re evil monsters that want nothing more than to drag you down to the bottom of Njord’s Deep. Your warriors must fight, and more often than not, they will lose. But if they do win, their symbol is replaced with a sticky Wild, which helps you collect more and more coins. The only way to truly defeat the sirens is to go berserk.

Your team are staring out at you from the bottom of the screen. When you first start playing, you’ll see that one of them has a half-full bar over their heads. This is their rage-meter. Once it is full, the game triggers seven Free Spins, but this time, things are different because your warrior is now berserk. Berserkers were feared fighters, who could work themselves up into a killing frenzy and your team is no different. This time, the sirens won’t stand a chance.

There’s really nothing not to like about this game. The graphics are clean and charming, the interface clearly defined and helpful, and the music is completely EPIC. The addition of gold and silver chests to the last two reels is a nice touch, as they appear at random and hold one of five possible bonuses. Even the design of the coins appears to be historically accurate! Play this at NetBet Casino, and you’ll be assured of a place in Valhalla!

Check the game out by following this link! 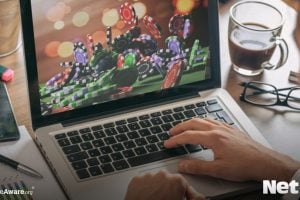 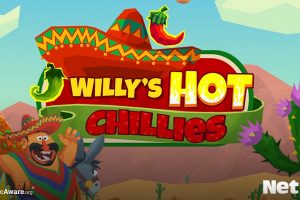 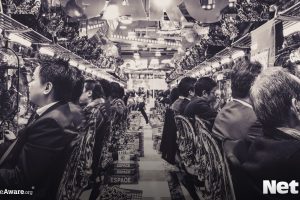 What is Woodstock going to do for its 50th anniversary?
Notting Hill Carnival is just as much fun at an online casino!