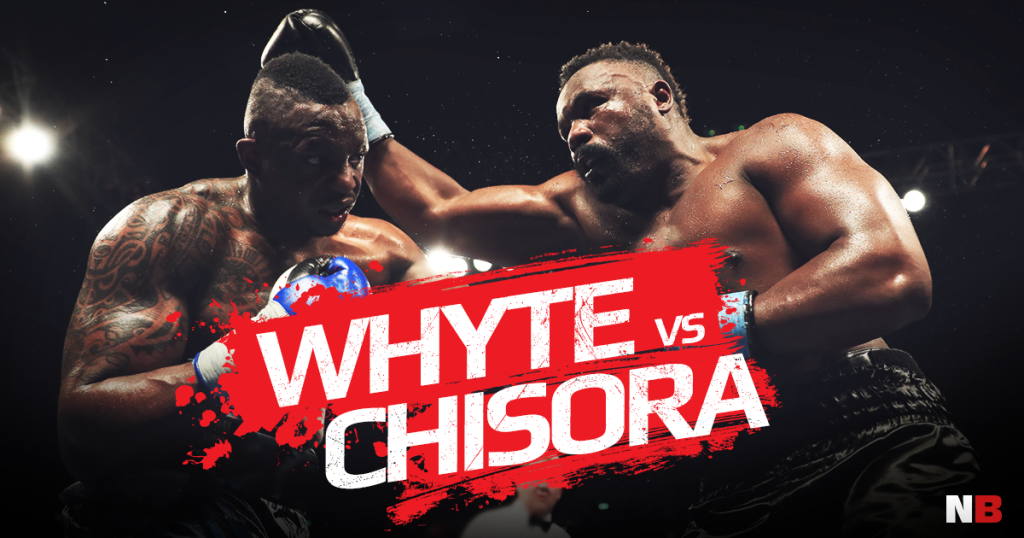 22nd December is the date set for this highly-anticipated rematch between Dillian Whyte and Derek Chisora, two years after their first meeting. That fight was incredibly close, with Whyte winning by split decision. That was a thrilling, back-and-forth fight, with both men hurt at various stages of the fight, culminating in a wild, desperate round 12, where Dillian Whyte just did enough to win through. Two years down the line, they are back for a ‘brawl to settle it all’ at the O2 Arena in London, and potentially a meeting with Anthony Joshua for the victor.

Dereck Chisora is one of the more controversial and polarising fighters in the UK heavyweight scene. He’s been hit with fines for numerous offences, including biting an opponent, slapping Vitali Klitschko before their fight and then getting involved in a brawl with David Haye straight after. During the build up to the first fight, he threw a table at Dillian Whyte and earned himself fines and suspensions. He has behaved himself this time around (though his trash talk could use a little work) and will be looking to put in a more dominant performance this time around so that there can be no question. 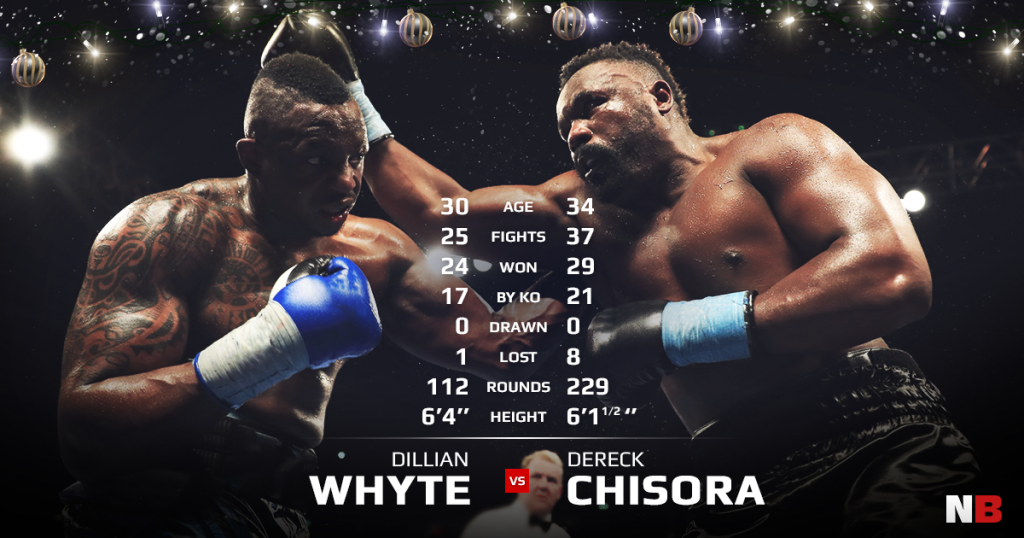 Whyte actually started as a kickboxer and transitioned to boxing, beating Anthony Joshua in his first amateur bout. His early professional career was marred by a two-year ban for taking illegal substances. He managed to string a few wins together and found himself facing old rival Joshua again. Joshua won this time, although Whyte caused him serious trouble in the early rounds. Whyte has turned down the rematch several times, but with few higher profile options available, this is the match to make right now.

Whyte comes into the rematch a slight favourite, with oddsmakers expecting a long fight, if not a points decision. If it comes to that, Whyte will have the advantage as he has never lost a fight that went to the judge’s decision. Both men are coming off a pair of victories. Dereck Chisora has TKO victories over Zakaria Azzouzi and Carlos Takam, while Whyte had some of the best victories of his career against Lucas Browne and Joseph Parker (whom Whyte dropped for the first time in his career). This may represent the last throw of the dice for Chisora, if he has ambitions to win a belt so he will need to impress and pick up the pace a little. Whyte will be looking to capitalise on his recent form and work himself into position for that third (and deciding) bout against Anthony Joshua.