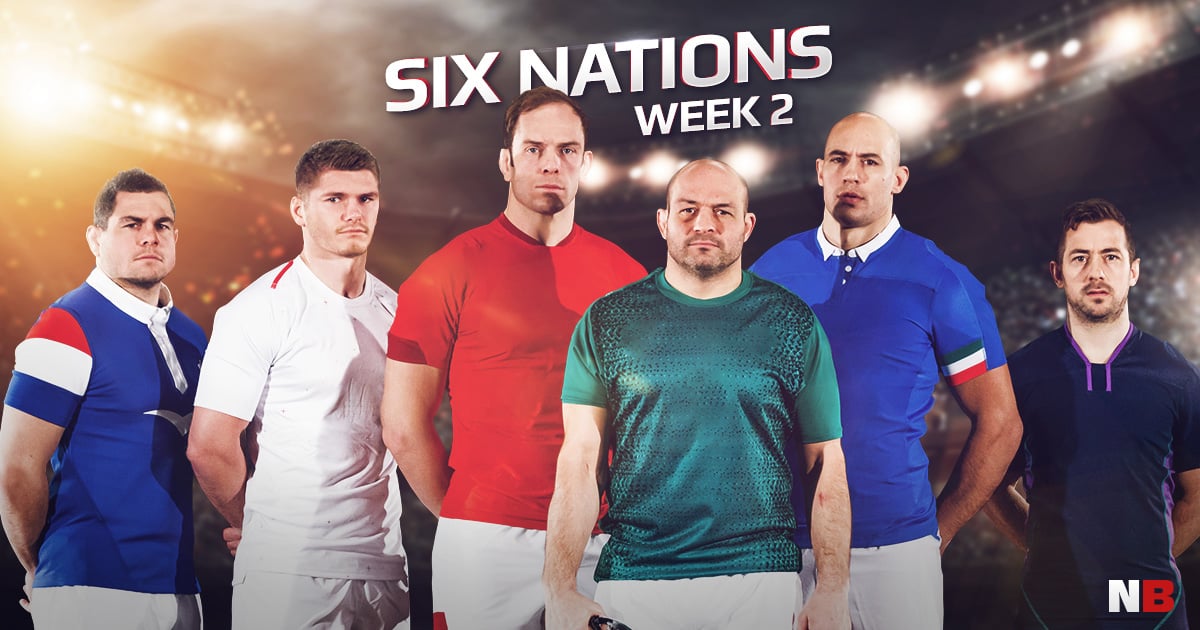 Now that’s how you start a tournament. The opening weekend of the 2019 Six Nations did not disappoint (are you listening, Superbowl?) and we’re setting up nicely for one of the most exciting tournaments for years. We had some close calls, a bit of heartbreak, some new names emerged and a huge surprise in Dublin that changed the makeup of the entire tournament. Let’s have a look at the action and see what’s coming up next week.

Eddie Jones might just be a genius. Back in September, he irritated the suits at Fortress England by insisting that they needed John Mitchell as their defensive coach. This was difficult because Mitchell was under contract in New Zealand, working with the Bulls. Jones was insistent (despite never having worked with Mitchell) and the RFU paid out £200,000 to release him from his contract. After Saturday’s performance, anyone who might previously have been wondering whether it was all worth it now knows the answer: it totally was.

There was no area of the game where England did not dominate the number two team in the world, but their defence was particularly strong. This was not merely a victory in the first game of the Six Nations, this was a statement of intent for the whole tournament and beyond, and the message to the All Blacks was clear: we’re coming for you.

Next up, England host France at home on Sunday. France will come on strong to make up for last week’s mistakes, but as long as England’s defences hold firm, there’s not much to worry about. Maro Itoje’s knee injury took him out of the match and it’s possible he won’t play again this tournament. Replacing him is not a huge issue, as Joe Launchberry is ready to rejoin the side and Courtney Lawes proved that he is a more than able replacement off the bench. The only real issue comes if they take their foot off the gas and allow complacency to set in, but we don’t think Eddie will allow that.

As we said last week, ‘you never know which French team is going to show up’, and Friday’s performance was no different – we got both variations. They tore through Wales in the first half, going 16-0 at half time. It could have been more, but Parra missed three penalties. They scored their first try after five minutes, passed the ball around fluidly and threatened from every angle. But then the second half came around and five minutes in, Wales scored their first try. France were unlucky for the second try but the third was a gift of epic proportions – Vahaamahina’s insane 30m pass was easily intercepted by George North and that was that.

The French team will no doubt be pleased to escape across the Channel to get away from the kicking they’ll be receiving from the press. They come to Twickenham to face a resurgent, confident and motivated England team. It doesn’t look good for them. But there is still some hope. If – IF – they can find some of the form that they had in the first half, then they might just make a game of it. But more importantly, they need some adaptability. Dan Biggar came off the bench for Wales and made an immediate impact; you can bet that if France keep up the pace and pressure, England will also make half-time adjustments. Will the French have an answer, or will it signal another heart-breaking collapse?

The name’s Kinghorn, Blair Kinghorn. With a name like that, you should be destined for great things. There’s no point in being Blair Kinghorn, chartered surveyor. Being Blair Kinghorn, the hat-trick scoring left winger for the Scottish national rugby team seems like much more fun, and we hope he had a great weekend. Scotland find themselves leading the Six Nations table by a single point, though the score line is generous. A yellow card for Simon Berghan in the last 10 minutes of the match allowed Italy back into the game, and they capitalised by scoring no less than three tries.

This is definitely cause for concern. Allowing Italy to score three tries in any match, yellow card or not, is pretty sloppy. This is something that they will need to work on because they have an angry Ireland visiting next, and Ireland will not be in the mood to take it easy on them after being beaten at home. The bonus point will be welcome, but there is still a bruising campaign to finish. Fraser Brown and Murray McCallum are being called up to the front row, while Willem Nell and Sam Skinner have picked up a few knocks.

Ireland are slow starters but strong finishers. They’ve won every final game under Joe Schmidt, but when it comes to opening games? They’ve won just one (and that was only thanks to a last-minute drop goal), and history has repeated itself again. On Friday, they were on top of the world, completely unstoppable and favourites not just to win the Six Nations but also to have a deep run in the World Cup. But now? Questions will have to be asked.

Ireland were not bad, it’s just they had no answer for an England that were so much better. They managed to get into the England 22 just three times in the whole match (although they did score every time). They failed to capitalise on Tom Curry’s yellow card and made some poor decisions under England’s constant pressure. They will likely build up enough momentum to roll over Scotland next week, and then the rest of the competition. But instead of sitting pretty at the top of the table, they’re in last place, their confidence is shaken and there’s a lot of work to do. The coming weeks will be a huge test of their mettle, and they’ll have to do it without the injured CJ Stander.

There is not a great deal for Italy to celebrate at the moment, not even the generous scoreline from last Saturday. They were outplayed by a patient Scotland from the start and while they did manage to get a trio of tries at the end of the match, it was because Scotland were down to 14 men due to Bergen’s yellow card. The fact that they were able to actually make the most of their advantage is one of the few encouraging signs from the Azzuri.

They will host Wales on Saturday, and again, there is a tiny glimmer of hope. Wales were far from assured in the first half against France last week and only found their way back into the game thanks to some epic fumbles. The loss of scrum-half Teto Tibaldi will not help matters either. Italy can beat Wales, they’ve done so three times before, the latest being in 2007. But, save for a total collapse from one of the other teams, it looks increasingly as if their best chance to get a win this year has probably already passed.

There is a 100% certainty that Warren Gatland’s comment that “Wales have probably forgotten how to lose” is going to come back to haunt him this year. It’s one of the most lukewarm boasts of the modern era (only “probably”?), but it’s unlikely that Italy will be the ones to throw it back in his face. Instead, expect Wales to attempt to restore some pride by utterly dominating the Italians. They will be counting their blessings, given that they should have lost in Paris last Friday and looking to restore some confidence on the field before thoughts turn to facing England in Cardiff toward the end of the month.

Having two away games on the European mainland may work in Wales’ favour. They have not returned home this week, opting instead to hang around in Nice until the trip to Italy. This is partially just the way things have worked out, and also practice for the World Cup where they will find themselves training in an unfamiliar camp. Gatland is likely to start with the younger players who will be eager to earn themselves a place in the team for the England game, while Luke Halfpenny will likely be allowed more time to recover from his concussion.

Don’t forget that you’ll find all the latest odds and betting options on NetBet Sport, including choices such as who might win the Grand Slam or which player will win top try-scorer for the whole competition. And don’t forget our great First Try Scorer Refund offer, something to numb the pain if things don’t quite go your way! 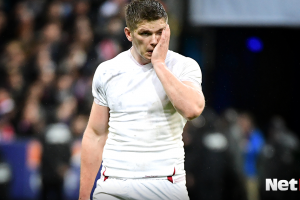