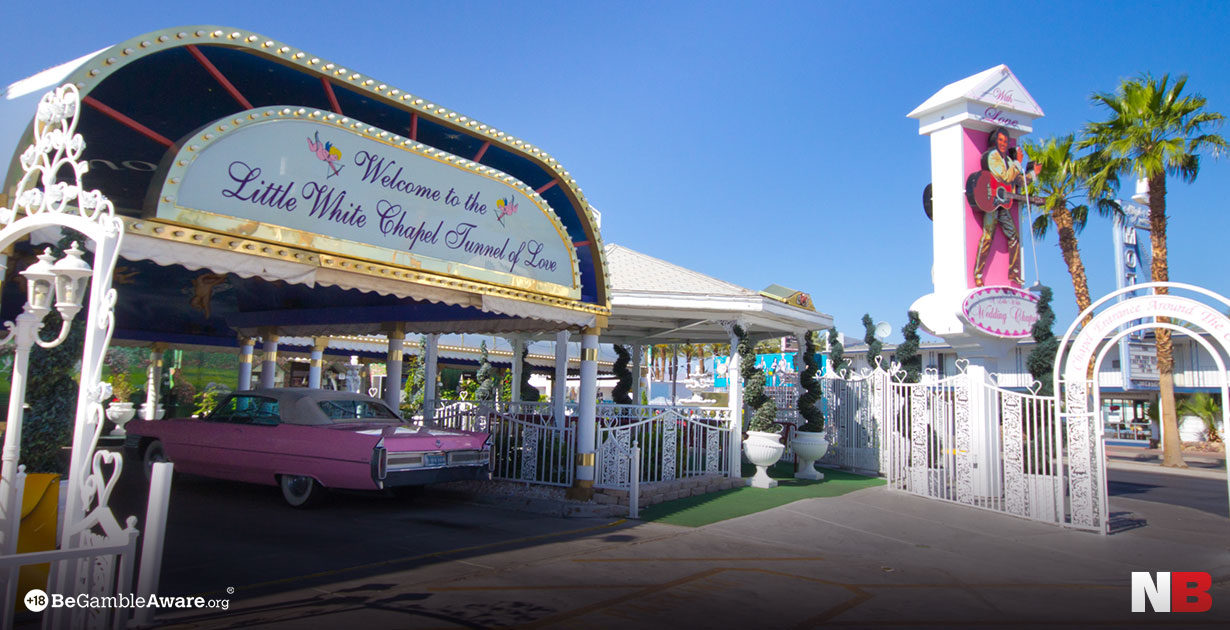 Valentine’s Day is just around the corner. Many of us will be making plans already (while others will be making a last-ditch run to the 24-hour petrol station to buy a sad-looking bundle of what might eventually be flowers when they ripen) but for most of us, this will only involve cooking or going out for a nice meal, perhaps even followed by a show or a movie. Others may have more exotic plans, such as a vacation or city break for the weekend. But some will be making what they consider the ultimate expression of romantic love – running away to get married in Las Vegas.

One Of These Things Is Not Like The Others

It’s a curious thing that Las Vegas, known for all things sinful, has also become known as a place to get married. But the two are linked the whole way back to the very beginning. In 1931, when Governor Fred Balzar was searching for ways to increase the town’s economy, not only did he legalise all forms of gambling, he also sped up the process for getting married. Some other parts of the USA required blood tests or specified waiting periods before licences could be granted. Balzar made it so that the entire process could be completed in a single day. This was facilitated by the fact that there was an office in the local train station where you could buy your marriage licence, and also that the County Clerk’s office – where the legal aspects of the union were dealt with – was kept open 24-hours a day.

All of this was in place long before the first casino was built. Bugsy Siegel’s Flamingo did not open until 1946, by which time the marriage business was already booming. In 1939, over five thousand marriage licences were issued, the same number as the entire population of Las Vegas at the time. By 1941, over 20,000 were taking place. Small chapels began to pop up as people tried to manage this extraordinary rush of people eager to tie the knot, including The Little Church Of The West. This was the first purpose-built chapel in Vegas and it remains in business today, the oldest building on the Las Vegas Strip.

The ‘quickie celebrity wedding’ was not something that took a while to develop. It was immediately attractive. Probably the first celebrities to tie the knot in Vegas were silent film stars Clara Bow and Rex Bell. Bow was a hugely popular actress, dubbed the first “it girl” (due to the fact that she starred in a very successful film named “It” – which is nothing to do with the one with killer clowns). The wedding was huge news at the time, and it was not long before other celebs jumped on the bandwagon.

The list of amazing power couples that have gotten hitched in Vegas is quite staggering. Paul Newman and Joanne Woodward in 1958; Frank Sinatra and Mia Farrow in 1966; Elvis Presley and Priscilla Anne Beaulieu in 1967; Demi Moore and Bruce Willis in 1987; Richard Gere and Cindy Crawford in 1991 (at the Little Church Of The West, no less); Andre Agassi and Steffi Graf in 2001; and even Britney Spears and Jason Alexander (this one, not this one, and the marriage lasted a very impressive 55 hours).

You Have So Many Options

The Vegas wedding scene remains big business, despite the fact that numbers have started to dip in recent years. One thousand couples are expected to arrive in town next week from all over the world, all with the express intention of saying ‘I do’ to each other. Most towns would probably struggle with a thousand separate weddings going on in their town; chances are that the residents of Las Vegas will barely notice. There are literally dozens of different ways to get married in Vegas.

Want to get married, but don’t really have time to stop? Why not try the Tunnel Of Love, a drive-thru wedding chapel? You’ll be done in about 10 minutes. However, it might not be quite Vegas enough for you. There’s no Elvis, for example and what’s the point of getting married in Vegas without the Elvis? If that’s what you want, there are loads of Elvis-themed wedding options, from thin Elvis to fat Elvis to dead Elvis. Wait, what? Yup, you can even have a zombie Elvis-themed wedding.

But a wedding is more than just a ceremony. How are you going to celebrate? You’ll need something to eat, if only to soak up all the alcohol that has fuelled your recent bad decisions. Not to worry, we have you covered. For just $600 you can get married in the beautiful surroundings of the Las Vegas Taco Bell. As part of the package, you get a fully binding marriage, dinner for two and several sauce packet-based necessities including a sauce packet bow-tie and a sauce packet bouquet. Awww.

Or to bring things right up to date, why not take advantage of this brand-new offer from Dunkin’. The doughnut chain formerly known as Dunkin’ Donuts has rebranded itself, for no reason that anyone can understand, to Dunkin’, and is taking over a Vegas wedding chapel for the month. The first 100 couples to rush to the restaurant will receive an exclusive Dunkin’ bouquet. I mean, how could you resist? 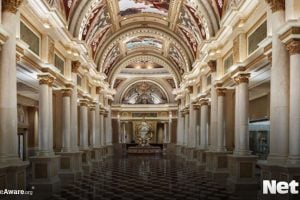