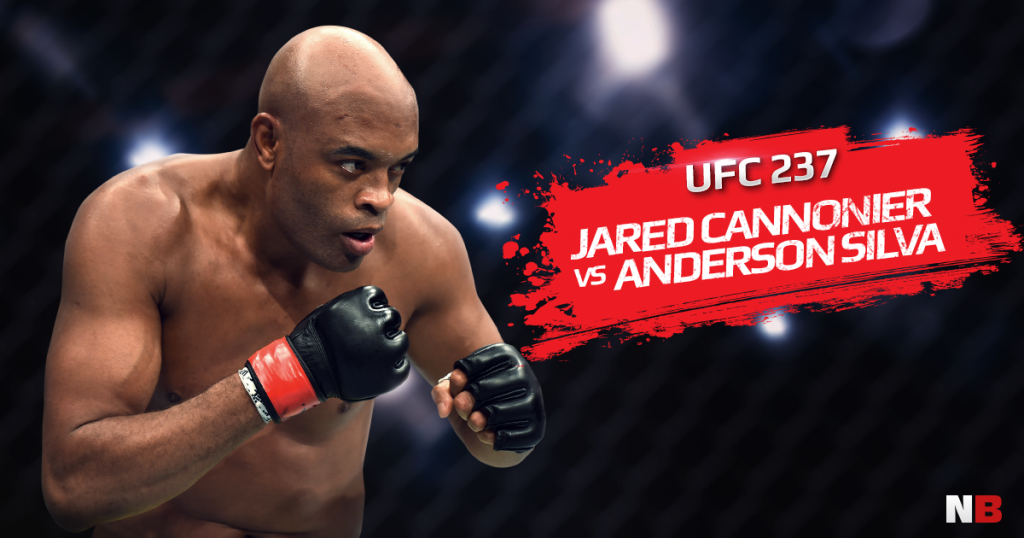 The UFC takes the big PPV show on one of its occasional road trips, this time stopping by Rio de Janiero, Brazil. Rose Namajunas will be defending her strawweight belt against Jessica Andrade, with the rest of the card featuring some big names from days gone by. Anderson Silva, Clay Guida, Jose Aldo and BJ Penn are all scheduled to fight, some of them possibly for the last time.

With all the craziness of the UFC’s scheduling, interim titles and sudden and unexpected injuries, it’s always nice to see a fight between the champ and the no.1 contender see its way through to fruition (touch wood). This should be an interesting match. Rose has the distinction of being the first person to be able to stop Joanne Jędrzejczyk (twice), knocking her down and winning the first fight by KO in the first round, and then coming away with the decision after a gruelling five-round rematch.

While Jessica Andrade wasn’t able to get past Jędrzejczyk, she’s torn through just about everyone else in her journey toward the number one contender spot, most recently defeating Karolina Kowalkiewicz by KO in September of last year. Both women are pressure fighters with amazing endurance but Andrade probably has the edge in pure power. Rose has a background in Taekwondo and Karate, and a smart kicking game plan might be the key to victory.

Prediction: “AND NEW…” Andrade is likely to come in heavier on the night and will have home town advantage. Despite her amazing ability to bob, weave and glide out of trouble, this is Rose’s first fight outside the USA and the bookies suspect that she will struggle. Andrade to win by TKO.

The co-main event features Anderson Silva for the second time this year. This may be the last chance his army of Brazilian fans will get to see him fight in the UFC. He has been talking about a big last fight against either GSP or Conor McGregor, apparently not realising that the UFC has already given him his last big fight against Israel Adesanya. Still, they’re happy to let him co-headline another PPV which is a testament to his legacy rather than his record (given that he’s had just one win since 2012).

This time, he’s up against Jared Cannonier who has been in the UFC for the last five years and has managed four wins and four losses in that time. However, over the last two years he’s moved down two weight classes, from Heavyweight to Light Heavyweight to Middleweight. While this invites issues with the weight cut, it does probably mean that Cannonier hits really hard. The ageing Silva may have Matrix-like avoidance skills, but if he gets caught with one of Cannonier’s bombs, he might be in trouble.

Prediction: You just never know with Anderson Silva. Even at the age of 44, he still has enough power and skill to make an up-and-comer like Israel Adesanya think twice. Cannonier has age, strength and the odds on his side, but the question will be (as usual) whether he can beat Silva or whether Silva beats himself.

Jose Aldo has lost to two men: Conor McGregor once, and Max Holloway twice. In a division filled with monsters that he has slain (Chad Mendes, Frankie Edgar, Jeremy Stevens) and monsters he has yet to meet (Zabit Magomedsharipov, Brian Ortega), it’s amazing that Jose Aldo remains the number one contender after a 10-year career at the very top. There’s been talk of him retiring or transitioning to a boxing career. The problem is, it’s very hard to wind down a career that only seems to be improving. It’s almost impossible to find a dull or ordinary fighter among the featherweights, and Volkanovski will be a huge test.

Alexander Volkanovski has a method. Back your opponent up against the cage, beat them up a bit, get them to the mat and then either pound them into mincemeat or choke them out. There are shades of Khabib in the way he relentlessly walks his opponents down and pounds them into the right shape for a takedown. Whether he can do this to someone like Aldo remains to be seen, but of all the fights on the card, this has the best chance to be a Fight of the Night.

Prediction: The fight against Chad Mendes exposed a few flaws in Volkanovski’s game but he managed to adapt and overcome. Jose Aldo will be the toughest test of his career but we think that Aldo’s experience and home advantage will prove too much for the young Australian.

Thiago Alves has been with the UFC a staggering 12 years, second only to Diego Sanchez for longevity. His recent record has been a bit patchy, with five losses in the last nine fights. He attempted to make the switch to Lightweight in 2016 but failed to make weight and was beaten by Jim Miller. Now back at Welterweight, he’ll be hoping to build some momentum after winning a very close split decision against Max Griffin in February.

His opponent, Argentine Laureano “Pepi” Staropoli, will be making just his second appearance in the UFC. He’s currently on a six-fight winning streak, having won the decision against Hector Aldana in his debut. It’s a huge opportunity for the newcomer to make a name for himself on a big stage against an ageing but competent journeyman.

Prediction: Alves has the slimmest of edges from the bookies, mostly due to his vast experience and the fact that his opponent is pretty new. Staropoli will also need to survive some of the nastiest leg kicks in the game if he’s going to make it to any more PPV cards.

Carlos Diego Ferreira is on a small run in the Lightweight division. He’s nowhere good enough to be challenging for a spot in the rankings, but he has managed to string together four consecutive victories since 2016. His opponent, the veteran Trinaldo, has just two wins in the last four but will be a huge challenge for the youngster. Evan Dunham was his last victim, going down to a huge knee to the body toward the end of the second round.

Prediction: Ferreira will need to be at his absolute best to get past this warhorse. Any other eventuality will see Trinaldo get a win.

The preliminary card is a who’s who of big names from 10 years ago. Antonio “Little Nog” Nogueira will be facing off against the up-and-coming Ryan “Superman” Spann who will be looking to do something special. Bethe Correira returns to remind us that as bad as Ronda Rousey’s striking was, Bethe still managed to get knocked out by her. And the beleaguered PJ Penn (currently on the longest losing streak in UFC history) takes on the energizer bunny Clay Guida. Penn’s chin has been suspect for a while now, so Guida may not need to tap too much from his boundless reserves of energy.