Chelsea to win 13/10
Draw Game to go to extra time
Arsenal to win 41/20
Recomended Bet: Both teams to score/Chelsea to win 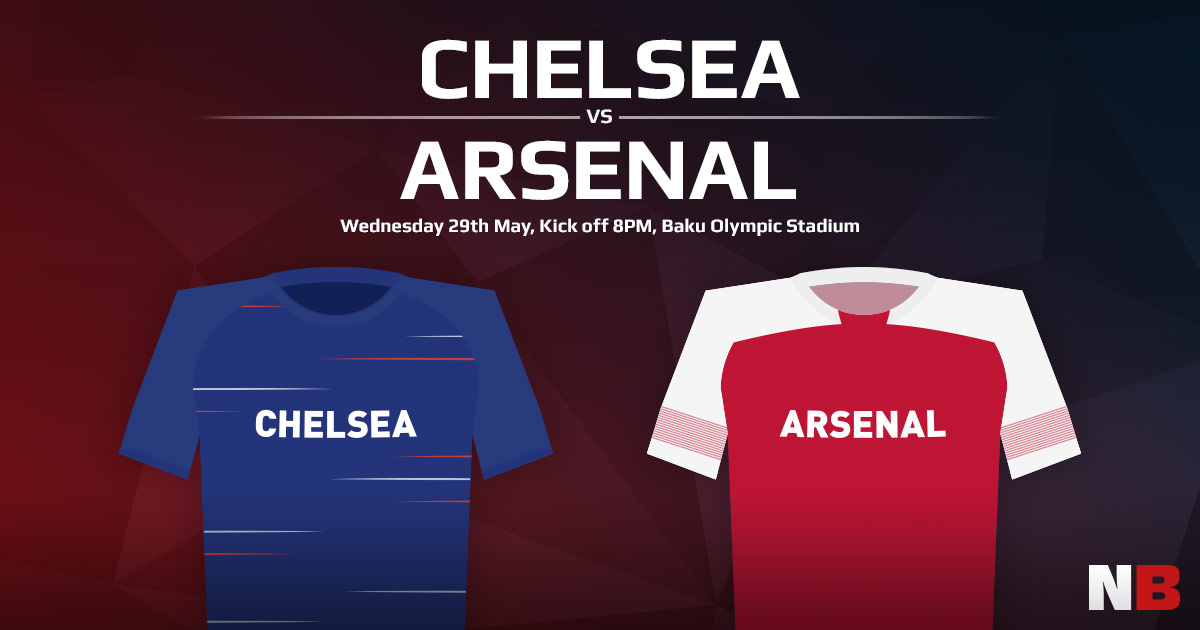 The first of two all-England European football finals takes place on Wednesday (the first time ever that a single nation has provided all four teams). It seems a bit of a wasted journey for Chelsea and Arsenal, two London-based clubs, to fly all the way out to Baku in Azerbaijan for a game that will kick off at 11.00pm local time with just 6,000 tickets allocated for each side, but what do we know, we’re not UEFA. It is a decision that means Arsenal will be going without Henrikh Mkhitaryan who, as an Armenian, doesn’t feel like he would be safe in the city and therefore will not be joining his team.

It was a tough ride through for both teams, but more so for Chelsea. Arsenal put last year’s defeat to Atletico Madrid behind them by taking care of Valencia in no uncertain terms. They won the first leg 3-1 and then put things beyond doubt by taking the second leg 4-2. Chelsea had much more work to do with Eintracht Frankfurt. The final was decided on penalties after both legs ended 1-1. Kepa Arrizabalaga was the hero that day, saving two goals and putting Chelsea through 4-3.

It’s not been a great season for either team, so the winner will be wiping their brow in relief while the other will have some hard questions to answer. Both sides have holes in their defence, but only Chelsea have already qualified for the Champions League. This will mean Arsenal will be pretty desperate to come away with something this season and while the bookies have given Chelsea the edge, goals are likely on both sides.

Chelsea vs Arsenal Head to Head

N’Golo Kante, who came off just 10 minutes into the last Premiership game of the season, may be fit to play on the 29th, according to Maurizio Sarri. Ruben Loftus-Cheek has a ruptured Achilles and will be out for 4-6 weeks, the same injury Callum Hudson-Odoi picked up in April. Antonio Rudiger is also sidelined due to knee surgery.

As previously mentioned, Henrikh Mkhitaryan won’t be making it. There’s also a bizarre situation developing with Arsenal goalie Petr Cech. He’s retiring at the end of the season and has already lined up a new job as sporting director at another club. His old club, to be precise: Chelsea. This throws up something of a conflict of interest for the Czech, and a tricky decision for Unai Emery.