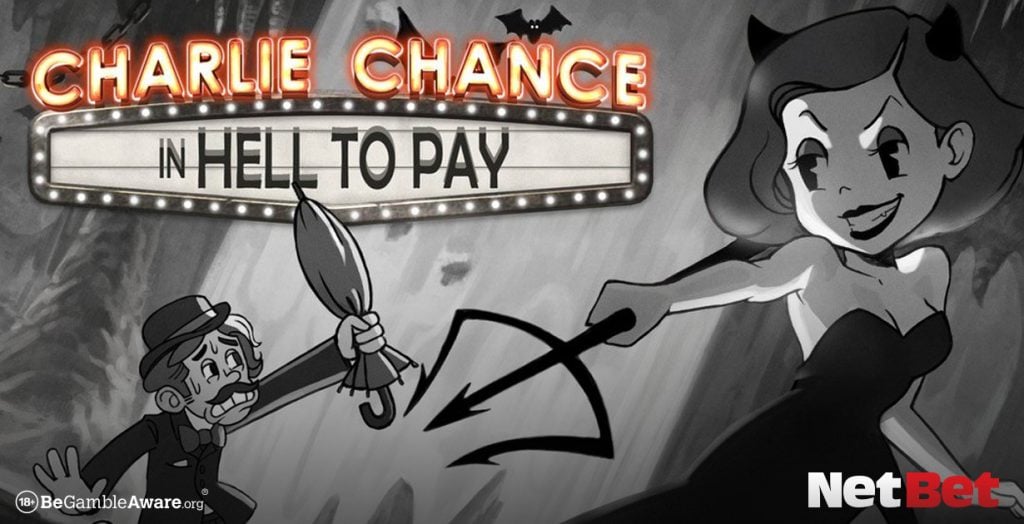 This week NetBet’s Game of the Week is Charlie Chance in Hell to Pay, a unique vintage-inspired slot game from Play’n GO. At first glance, we loved the 1920s cartoon-inspired graphics and the clever double-meaning of the game’s names, and we know that Play’n GO rarely (if ever) disappoint when they release a new slot game, so we took a deep dive into the game and quickly realised that it was indeed something special.

It’s understandable that before you spin the reels on a new slot game, you need to know a bit more about it and what makes it stand out from the crowd; that’s why we’ve compiled this quick review. We’ll outline:

But first, where exactly does the slightly unusual theme of this game come from?

The Inspiration Behind Charlie Chance in Hell to Pay

You’d be forgiven for being a little nonplussed by the title of this game, but there is indeed a specific source of inspiration behind it: the designers over at Play’n GO have loosely based the game on the stories of Charlie Chan. Still not sure? That’s no wonder – Charlie Chan is a character from way back in the 1920s novels by Earl Derr Biggers. Charlie Chan is a brave and adventurous Hawaiian detective who gets into all kinds of scrapes, now given a new lease of life for the pleasure of your lucky slots game players!

How to Play Our Game of the Week

Play’n GO caters to players at any level and all their slot games are very easy to get the hang of. To play Charlie Chance in Hell to Pay, the only decision you need to make is how much you want to bet. The classic setup of five reels and three rows should be familiar to anyone who’s ever laid eyes on a classic arcade fruit machine and allows you a broad spectrum of bet sizes, ranging from 10 pence to £100 per spin. The maximum jackpot is more than 6,666 times your wager, so there’s plenty to play for whatever your bet size.

Once you’ve chosen how much you want to bet, it’s time to spin the reels and cross your fingers for winning combinations. Of course, it’s important that you’re careful to bet only what you can afford , and the game’s mechanics make this easier than you would think. You can spin the reels manually which is a good way of keeping track of your spending, or you can use the Autospin feature which requires you to preset your own bet limits.

There are several exciting features to be enjoyed when playing Charlie Chance in Hell to Pay:

Play Charlie Chance in Hell to Pay on Mobile

Play’n GO have ensured that this game is fully responsive so you can enjoy the same high-quality graphics and functions on your mobile as you would on your desktop. We love playing our favourite slot games on the go, so this is ideal; all you need to play while you’re out and about or when simply lounging in the garden is plenty of battery life on your device plus an internet connection.

Trial the game easily before you make a deposit – we recommend doing this if you’re unsure so you can get an idea of the way the game looks and feels, although be warned that you will likely feel a sinking feeling when you score a win and realise it won’t count until you play for real!

Overall we love the vintage vibes that Charlie Chance in Hell to Pay gives us, and we’re never disappointed with any offering from Play’n GO. with plenty of exciting features and some satufsying mechanics, it’s easy to see why this has been awarded our prestigious Game of the Week title.

Explore an enormous library of slot games from Play’n GO as well as dozens of other premium game providers, right here at NetBet Casino. 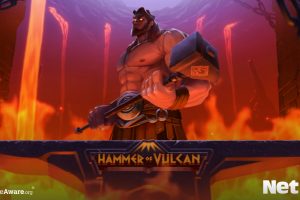 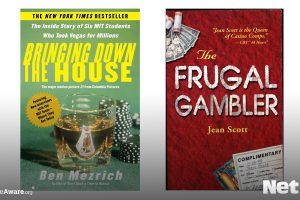 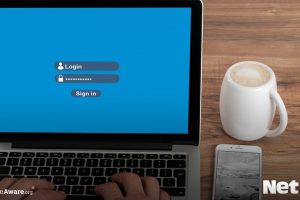 How to Open a Casino Account Step by Step

How to Open a Casino Account Step by Step

The Best Gambling Movies on Netflix