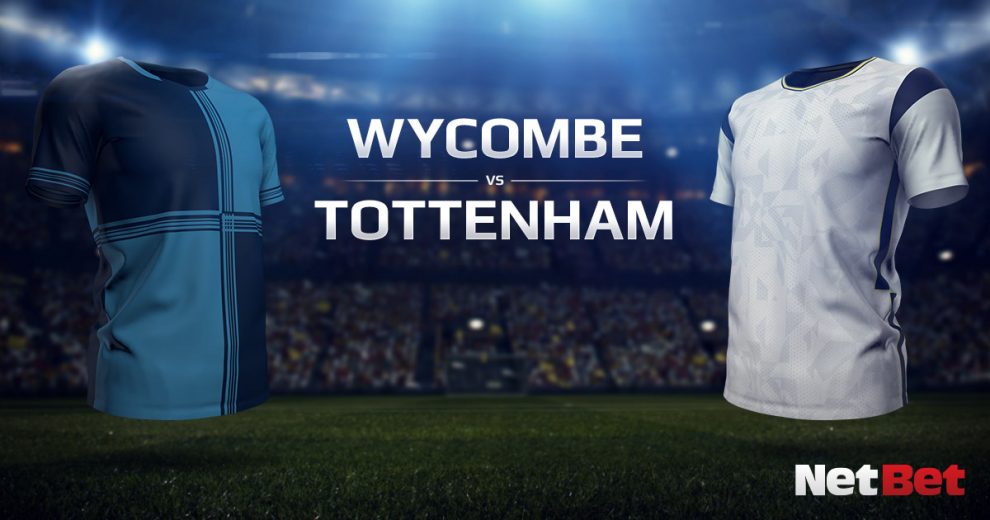 Our expert tipster’s Wycombe vs Spurs betting tips are favouring an exciting, yet narrow, victory for Spurs against their Championship opponents in the FA Cup on Monday evening.

Wycombe vs Spurs Preview – A View from the Dugout

On paper, this game may look like a run-of-the-mill FA Cup tie with a team at the bottom of the Championship taking on a star-studded Premier League side.

However, these two teams have history. Four years ago, the two sides met at White Hart Lane at the same stage of the competition. Wycombe were in League Two at the time and they almost pulled off one of the greatest FA Cup shocks ever.

They went 2-0 up early on before Spurs pegged them back to 2-2. However, with three minutes to go, Wycombe edged ahead before late goals from Dele Alli and Heung-Min Son broke Wycombe’s hearts to seal a thrilling 4-3 win.

With the club enjoying two promotions since that incredible afternoon in January 2017, hopes are high that Wycombe can give Spurs another huge scare.

Speaking to NetBet, Wycombe boss Gareth Ainsworth said: “The first goal will be important, but that goes both ways.

“If we concede early, then it is important not to crumble but I always say in the dressing room that it is so important to stay in games and as you can see, we very rarely get beaten by much at all when we do lose.

“If we get that goal early then we have to be careful not to let that change us. We are renowned for last minute goals and last minute winners but that first goal will be important for both sides mentally.”

Ainsworth gets everything out of his team and two promotions, including a League One play-off final victory against Oxford last season, is testament to the belief his side have and their style of play.

He added: “Everyone knows that we play on the front foot and rarely will my teams sit back and soak pressure up and I wouldn’t like to do that against a team like Tottenham. I would always rather go down fighting rather than letting these sides dictate and do what they can do.”

Games such as this one need players with a wealth of experience and there are still players at Wycombe who played in that titanic tussle four years ago.

Ainsworth explained that he has built a squad who possess a winning mentality and that is vital when coming up against top-quality opposition.

He stated: “When we went up last season, around 70% of my players had already achieved promotion in their careers.

“When we go back to that game four years ago against Spurs, these guys can absolutely pass on their knowledge of what happened that day and the feelings they got. It is such a big game for us once again and I am really looking forward to it.”

Sounds like Jose Mourinho and his side are definitely going to be in for one hell of a battle against their opponents. Mourinho has an excellent record against lower league sides in this competition but this could be one of his toughest tests yet to keep that record intact.

The likes of Son and Harry Kane didn’t play against Marine in the previous round but they have enough quality in reserve that can beat most Premier League sides, let alone in the Championship

Just like four years ago, Spurs are expected to edge this one but it should be full of goals and incident.

With the Championship side taking it to their opponents, it would come as no surprise if Wycombe were to score first.

In that memorable match four years ago, they scored two early goals to put the cat amongst the pigeons. They are a team who play fearlessly and Spurs face a much tougher tie than they did in the third round.

Although Wycombe sit bottom in the Championship, their results have really improved and they walloped Preston 4-1 in the previous round with three goals inside the opening 25 minutes.

That fast start bodes very well for them here and, with no pressure on them, they can give Spurs a tough task early on at Adams Park.

The on-loan Benfica striker grabbed a quick fire hat-trick in the third round as Spurs crushed Marine 5-0. Spurs didn’t have it all their own way early on but once Vinicius opened the scoring, the goals started flowing.

With Kane unlikely to start, Vinicius can further his reputation by showing his capabilities in front of goal. Although this is a much sterner test, Vinicius has shown glimpses of star quality in the Premier League and can give Wycombe’s defence a torrid evening.

At his current odds of nearly 3/1, he looks a very good option.

Mourinho has had lots of success in the FA Cup and played the likes of Toby Alderweireld, Moussa Sissoko and Matt Doherty against Marine. They will face Liverpool in the Premier League just three days later but expect a stronger line-up that in the previous round.