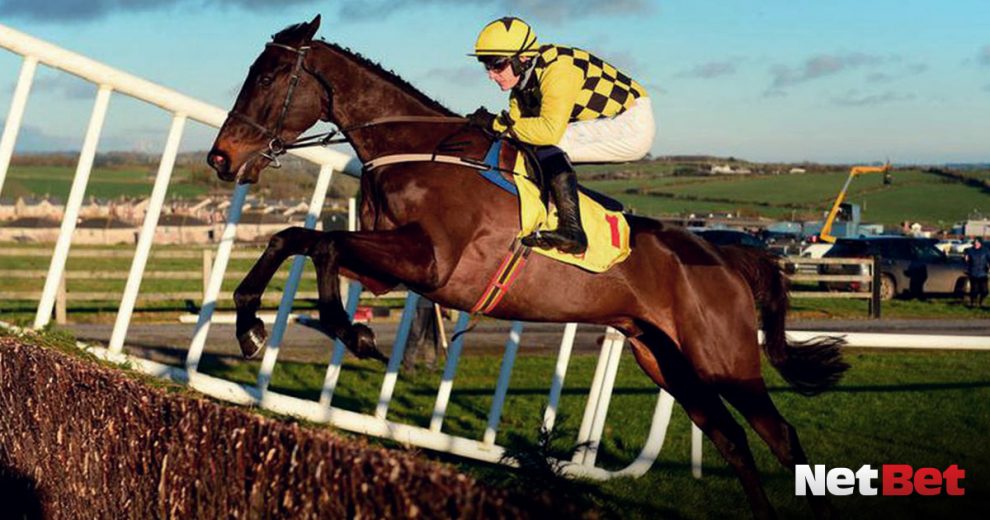 Our expert tipster has analysed the card for day four at this year’s Cheltenham Festival. There is no doubt that it will be another four days of high-class racing, full of drama and excitement.

The big talk of day four will be whether Al Boum Photo can join a select band of horseracing greats and win three Gold Cups. It is without question at the top of the Cheltenham day four highlights.

A very tricky race begins our Cheltenham 2021 last day tips and these four-year-olds will likely look to the Champion Hurdle as their main target for next season.

There are plenty of promising youngsters in this contest and even the great Tiger Roll won this race in 2014. Will there be a likely Grand National winner for the future in the field?

The answer is probably not but we think this prize will stay in England, even though there are a couple of very interesting Irish runners near the top of the market.

However, we have plumped for David Pipe’s Adagio, who has done nothing but improve as the season has progressed. His last run was a winning one as he trounced Nassalam in a Grade One hurdle at Chepstow. This horse jumps well, travels strongly and has more experience than most, including winning around Cheltenham.

We think his biggest danger is Henry de Bromhead’s Quilixios. He has won all three races convincingly over hurdles and will set a strong gallop. Not many will get past him and he will be there at the finish.

Arguably the most difficult race to pick a winner in all week with so many horses jostling to be favourite. We have three joint favourites at the moment and all have excellent chances.

The horse racing betting on this race is available on our NetBet site so you can see for yourself just how many options there are to take. We have narrowed it down to two horses we think are in with a great shout.

Ganapathi is a horse who has been highly tried back in Ireland, finishing fifth in a Grade One at Leopardstown last time out. He is only five-years-old and that run was creditable given the quality of the field. This is a couple of steps down in terms of quality and Willie Mullins knows what it takes to win handicaps here. He should run a big race.

Third Time Lucki is another horse we hold in high regard. He has improved steadily this campaign and was unlucky last time out at Musselburgh when he made a bad mistake at the last when mounting his challenge. If he can cut out the errors, he will be in contention at the end.

This is a Grade One novices’ hurdle over a stamina-sapping three miles. Monkfish won this race in decisive fashion last year so whoever wins this year will be in very good company.

Traditionally, it is a race where Ireland have done well in since its inauguration in 2005. They have won this contest three times in the past four years but we think there are two horses in with strong chances who are both British-trained.

Alaphilippe is a very interesting contender for trainer/jockey combination, Fergal O’Brien and Paddy Brennan. This horse has had a busy campaign, beginning at Ffos Las in October but he has shown a huge level of improvement over the past few months to win a Grade Two race at Haydock last time. This seven-year-old is battle-hardened and knows how to win.

Barbados Buck’s has a great chance for trainer Paul Nicholls. Associated with the legendary Big Buck’s, this horse has a similar level of form to our selection and may prove to be the biggest danger. He is on a four-timer and will relish the big field. He is tough, genuine and stays the trip and could fight it out at the finish. 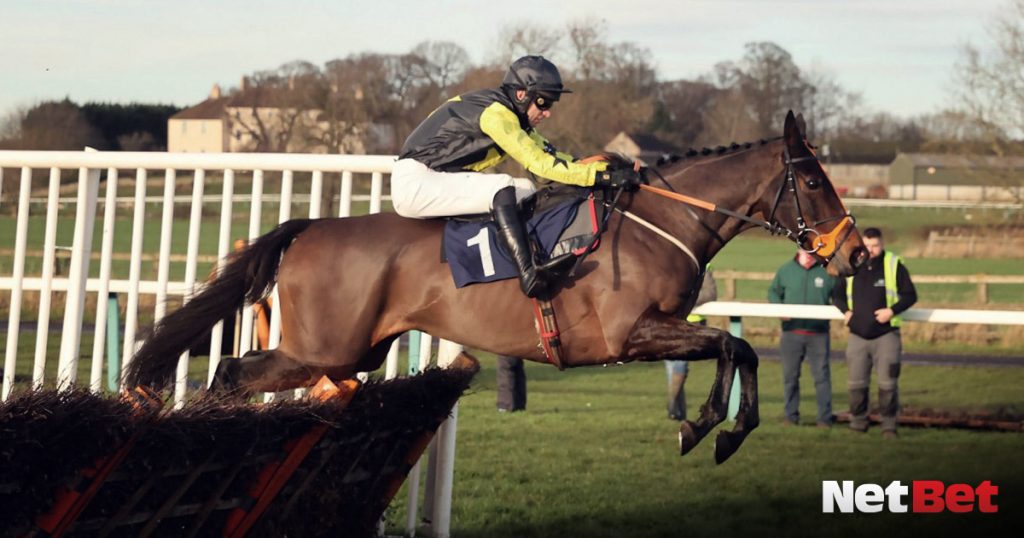 The highlight of the day four Cheltenham runners and riders and pretty much the highlight of all four days as the pinnacle of jumps racing gets underway at just gone 3pm.

This race has a roll of honour on the tip of your tongue with the likes of Arkle, Desert Orchid, Best Mate, Kauto Star and Denman all winning this great contest at least once.

Out of that quintet, only Best Mate and Arkle have won this race three times, showing that even the very best find this race hard to win more than once.

Al Boum Photo is hoping to join a select band of legendary horses by emerging triumphant in this race three years in a row. His first win in 2019 was relatively easy but last year he was made to battle all the way to the line by Santini.

He has looked as good as ever this term and should be at the peak of his powers. We think the field isn’t as strong as the last couple of years and he will be lifting this prize once again.

Our NetBet promotion runs across all four days and you can bet up to £10 on any house with minimum odds of 3/1 (4.00). If that horse finishes second to the starting price favourite, you can get a Free Bet up to £10.

In that case, with Al Boum Photo a likely winner, we think Native River can run another big race. He has the heart of a lion and if the ground comes up soft, he could jump his rivals into submission. Jockey Richard Johnson is bullish about his chances and his odds are very generous.

This race is run over the Gold Cup trip, and is dubbed the Gold Cup for amateur jockeys. This race has seen some great winners down the years go onto bigger and better things and there are some really promising types ready to line-up.

One horse that we like in particular we feel is one of our best bets of the whole week and has dominated the hunter chasing scene over the past 12 months.

Bob and Co is trained by Paul Nicholls, who is a master at winning races of this type. This former French-trained 10-year-old took a while to find his feet in Britain but has gradually improved with time and sauntered home in a valuable hunter chase at Haydock last time out.

He jumps tidily and likes to dictate matters. He will likely get taken on for the lead but that shouldn’t be a problem and he is guaranteed to stay the trip.

His biggest threat could be Staker Wallace. His trainer, Enda Bolger, is another who knows how to win races of this calibre and he is an ultra-consistent sort.

He ran very well in this race last year, finishing fourth, and is entitled to be in the picture at the finish.

This is a brand new race for the Cheltenham Festival and it looks to be just as difficult to tip a winner as the other 27! There is no doubt that this will prove to be a popular contest in the years to come and the Irish look to have plenty of live chances to win the first ever running of this contest.

Willie Mullins has two horses heading the market currently, but there is one in particular we think can bring home the bacon and ensure Mullins has another fantastic Festival to remember.

Colreevy has won all three races so far this term and the manner of her performances has improved with every race. She won narrowly at Limerick, displaying her battling qualities before an easy victory at Thurles last time.

She has stepped up in class every time and faces her toughest test yet. However, we think that won’t be enough to stop her and she can win here.

A danger might come in the shape of Jonjo O’Neill’s Annie Mc. She is a very tenacious seven-year-old who has won her last two races. She also has a similar profile to our selection and could give Colreevy the most to think about. 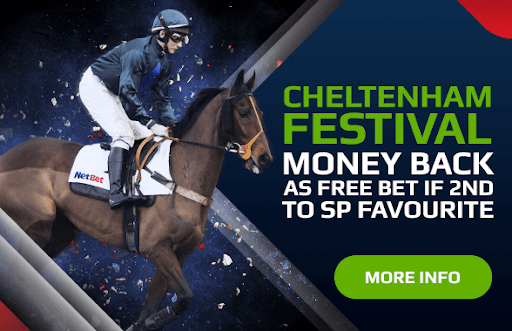 This race is named after one of the greatest trainers of all-time and plenty of the current top trainers have big chances to win the last race of this year’s Festival.

And it is another mind-boggling handicap to round things off. Having looked studiously through the form guide, we have narrowed it down to a couple of horses who could make it a very happy end to Cheltenham 2021!

The first of the duo we think can run a big race is Nicky Henderson’s Monte Cristo. This lightly-raced five-year-old sprung a surprise at Kempton on his last outing, slamming Ecco by seven lengths at odds of 25/1.

He is out to prove that win was no fluke but he has the right profile for more improvement and no-one is better than Henderson at untapping a horse’s potential.

His biggest threat could come from Henry de Bromhead’s Champagne Gold. He is a very likeable sort with a great attitude and he finished second in a valuable handicap hurdle at Leopardstown in early February.

The big field should hold no fears for him and he should run another consistent race.

With the Cheltenham Festival just days away, take a look at our online betting features that you can enjoy with us at NetBet!