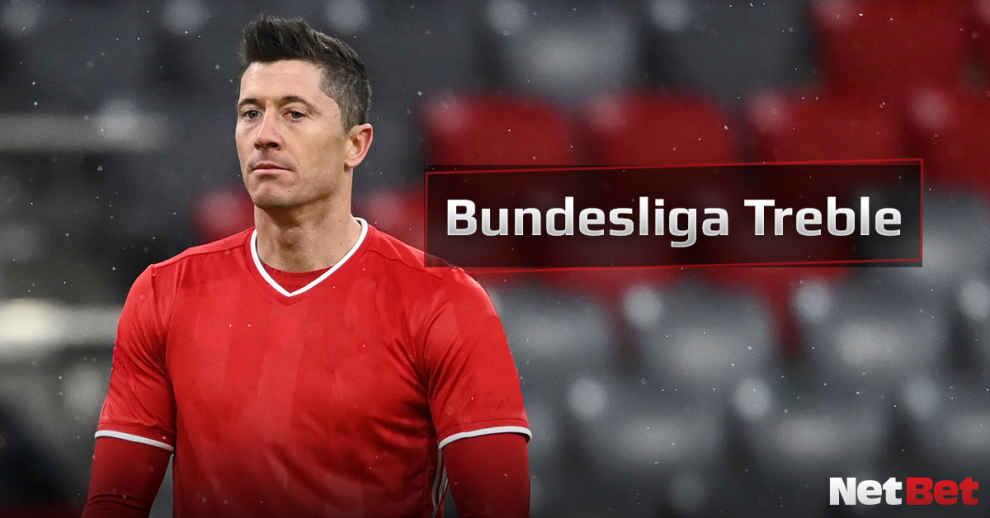 Our expert tipster has cast their eye over this week’s Bundesliga fixtures and has picked a treble that could make you a few quid to ease you into the week! Our treble is 23/1, meaning you could win just over £120 from betting only a £5 stake!

In the Bundesliga, it’s third vs fourth race six-pointer on Saturday afternoon when fourth place Eintracht Frankurt play host to third place Wolfsburg. There’s just four points between the sides, and Frankfurt will fancy their chances to overturn a one-point deficit should they pick up a victory over this weekend. In other matches, Union Berlin visit the Allianz Arena to face table toppers Bayern Munich, Freiburg travel to Bielefield on Friday night while the weekend sees Werder Bremen host RB Leipzig in another pick of the weekend. Elsewhere, Hertha Berlin host Monchengladbach, Stuttgart face Borussia Dortmund, Schalke play Augsburg, Mainz travel to Cologne and Hoffenheim take on Leverkusen.

Bayern are the best team in Germany by a long shot, and seventh place Union Berlin are heavy underdogs to get a result when they visit the Allianz Arena this weekend. We believe that with a sturdy defence, Munich will have no trouble continuing their winning run, and at 8/5 a Bayern win to nil seems like a good bet for your treble. They’re still missing Robert Lewandowski, but with Jerome Boateng back from suspension, they should be shored up. Union Berlin have famously not been fantastic travellers this year, so we think a shutout win for the hosts here is a fair bet.

The last time these two faced each other, Leipzig were able to maintain a clean sheet in their 2-0 win back in December. We believe that at home, Werder Bremen will at least have the ability to nick one goal, if not beat the dominant Red Bulls. Head-to-haed, Leipzig have won three on the bounce against this weekend’s opponents, who were on a three-match losing streak prior to last week’s DFB Pokal quarter-final win over Regensburg.

Eintracht Frankfurt’s hopes of a third place finish will likely go up in flames if they can’t beat Wolfsburg on Saturday afternoon. It’s going to be a close game, at NetBet we’ve got Eintracht Frankfurt as slight underdogs at 13/10, while a visitors’ win is 21/10. If you fancy a draw the price is 49/20. For us, Wolfsburg will have just enough to repeat their December 11thresult, where they beat Frankfurt 2-1. It’s definitely the pick of the matches this weekend in the Bundesliga.