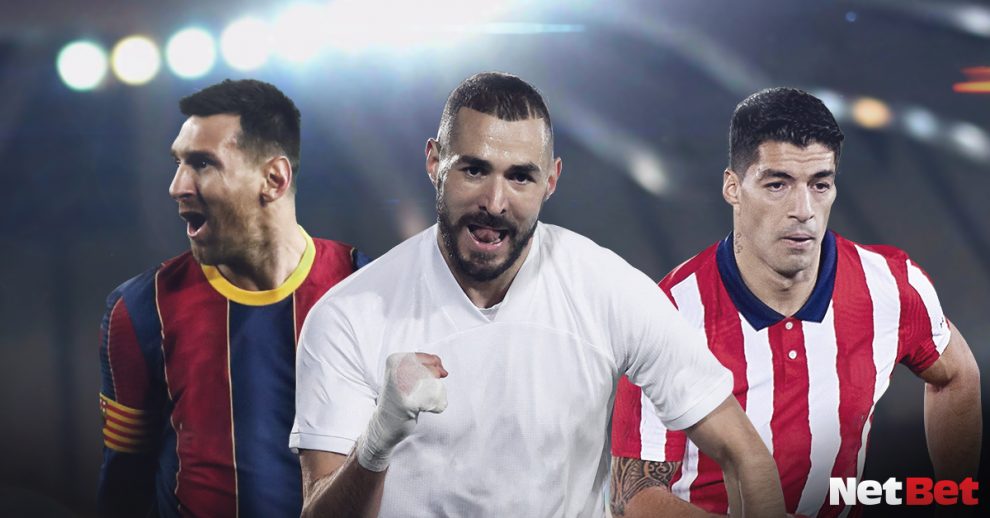 Our expert tipster has cast their eye over this week’s La Liga fixtures and has picked a treble that could set you up with a nice profit this weekend! Our treble is 22/1, meaning you could win over £117 from just a £5 stake!

It’s going to be a fascinating week of fixtures in Spain’s top league, albeit minus Barcelona and Athletic Club Bilbao who are involved in the Copa Del Rey final. Real Madrid will be looking to build on their Champions League semi-final spot by taking three points while hoping for a slip up from their local rivals. Atletico Madrid will look to try to consolidate their place at the top of the table when they play bottom side Eibar, knowing any dropped points between now and the end of the season will prove disastrous. Real face 15th-place Getafe in a game which could see them take the lead in the La Liga title race should the other result go their way.

The Copa Del Rey Final is the pick of the games in Spain this week. Barcelona face Athletic Club Bilbao in a true David vs Goliath final, where the underdogs know all about upsetting the odds. Athletic Bilbao are gigantic 5/1 underdogs, with the game going to extra-time after a draw seemingly a more likely outcome at 17/5. Barcelona are 20/39 favourites. The Cup Final will take place in front of an empty stadium at Estadio La Cartuja in Sevilla, and we ultimately think that the best result for Athletic Club would be to make it to extra-time and see what happens from there.

A massive relegation dogfight is happening at the bottom of La Liga, and this match is absolutely massive. Elche can’t buy a win at the moment, and with Osasuna on a pretty poor run of form at the moment we could see this game ending as a relatively dull draw, which would make you a decent big of money as part of this treble.

Last time out in February, it wasn’t particularly difficult for Real Madrid to put Getafe to the sword, and high on the momentum of Champions League quarter-final progression, we fancy them again here. They took some time to break down the mid-table side, but once Karim Benzema broke the deadlock with an hour on the clock, they coasted to victory when Ferland Mendy got a second to seal it with relative comfort. These odds are actually pretty good all things considered, and fit well into any multiple bet you plan on placing with NetBet this weekend.