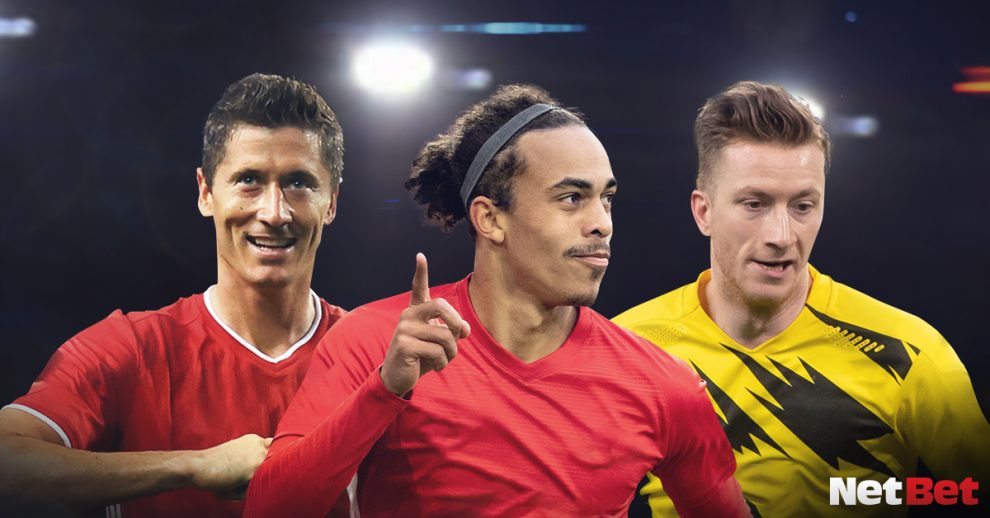 Our expert tipster has cast their eye over this week’s Bundesliga fixtures and has picked a treble that could make you a few quid to ease you into the week! Our treble is 29/1, meaning you could win just over £152 from betting only a £5 stake!

In Germany’s top flight, the big game is first v third on Saturday afternoon when third place Wolfsburg play host to table toppers Bayern Munich. Last time these sides faced each other, Wolfsburg opened the scoring in the first five minutes before Robert Lewandowski scored two and gave Bayern the win. Elsewhere, Borussia Dortmund will be looking to build on their impressive but unsuccessful performance in the Champions League against Manchester City during the week when they play Werder Bremen. There is still an outside shot that BVB could catch Eintracht Frankfurt in fourth, but they can’t afford to drop points. It’s a massive relegation battle six-pointer towards the foot of the table when Hertha Berlin travel to play Mainz.

Wolfsburg to draw with Bayern Munich – 14/5

Will Robert Lewandowski be back in contention for the table topping Munich this weekend? If not, then there is a real chance that Wolfsburg beat those 57/20 odds and snatch a memorable victory this weekend. If he does return, then we’ve still got a real game on our hands. We’ve got him down as 9/4 to score first, same to score last and 4/5 to score at all. It would be great to see the Polish striker back in the saddle after limping off during the international break, as he was sadly missed against PSG as they crashed out of the Champions League this week.

They may have crashed out of the Champions League midweek, but Borussia Dortmund impressed against arguably the best team in Europe at the moment in Manchester City. Jude Bellingham announced himself at the top level aged just 17, and he’s down at 15/2 to score anytime this weekend. Last time out, Dortmund won 2-1 against Werder Bremen, and we’re picking that result to be repeated, or at least a similar both teams scoring win for the hosts.

Neither of these sides can afford to lose this weekend with the relegation battle so close this year. For that reason, we just can’t pick a winner in this one, and like the 11/5 odds on a draw. A win for Mainz is priced at 6/4, and a Hertha Berlin one is 2/1 which are both also worth taking a look at.