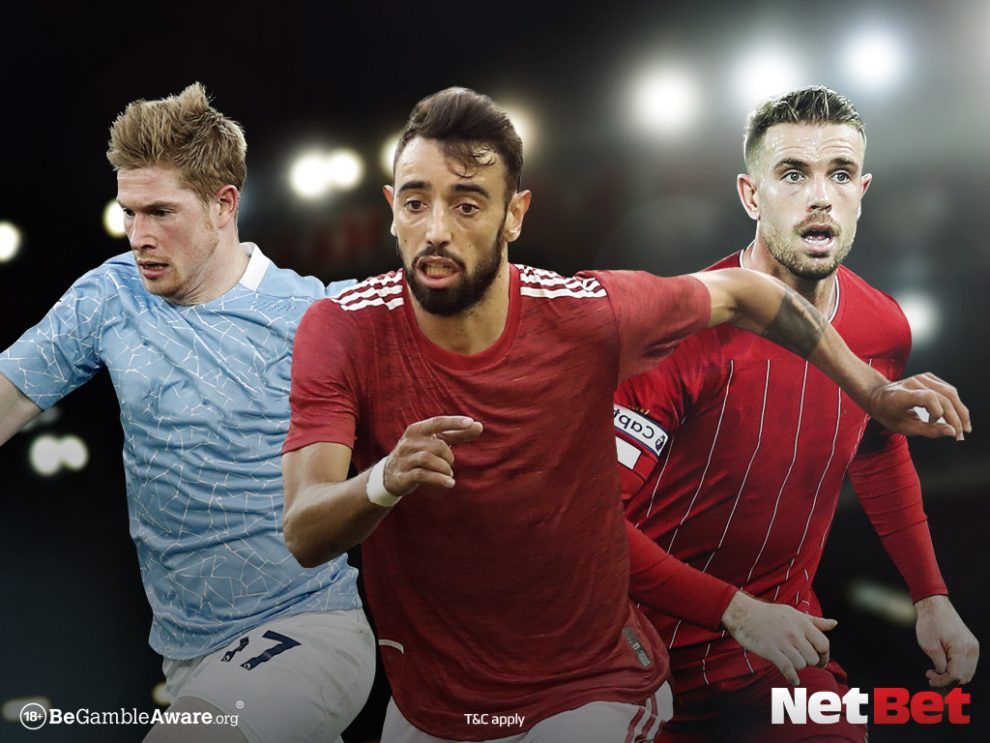 Our expert tipster at NetBet has cast their eye over another exciting weekend of Premier League fixtures as English football begins to heat up. He’s picked some of the best bets available on NetBet Sport football odds page.

Mikel Arteta’s repair mission at the Emirates continued this week with two wins against first Aston Villa in the league and then Leeds United in the League Cup to secure progression to the quarter-finals. Could a trophy be on the way? Well, let’s start with a win over Leicester City. Now, this is the kind of game Arsenal, on current form, should be winning. But given some of the results we’ve seen as recently as the start of the month, similarly to last week, we find it difficult to back them to just comfortably beat Brendan Rodgers’ side. We simply have to go for a draw here, but could very well be proven wrong

Great odds on what we think could end up actually being a comprehensive win for the visitors. They’ve gone to much tougher places than Turf Moor thus far, and have been able to get results, so we understand why they’re more or less even in this game with the hosts. We’d imagine the odds will favour Brentford more when the return game comes around in a few months, so we’d recommend getting on this price now while you still can. The form guide just seems to favour an away win, and that’s why we’ve had to back it

This is a massive price given that Graham Potter’s side are more than capable of at least holding the hosts to a 0-0 draw, if not sneaking a win altogether. We understand why; Liverpool looked unplayable last week against a Manchester United team who, at home, would be perceived to be of a much higher standard than Brighton. But the visitors should be underestimated at their peril, and if they can keep Mo Salah at bay, there’s a real chance of an upset at Anfield. However, it obviously only makes sense to back Liverpool in this one.

Palace are really a weird team to play against, so Pep Guardiola beware! They have an awkward way of stifling teams and a cracking ability to score on the break that could make for a really interesting clash of styles with a team who, on their day, are probably the best team in the league. Games like this are absolutely vital for Pep’s men, and to be fair to them they rarely slip up. But after a stop-start beginning to the year, we reckon that there is a chance of a slight upset. But it is just a chance, and of course we wouldn’t recommend betting against Man City when they play Crystal Palace.

The Saudi takeover likely won’t yield results quite yet for the Toon, so it’s hard to imagine them getting anything from Chelsea at St James Park this weekend. We expect to see Graeme Jones’ men really struggle with the pace that the visitors have up wide, and we’d almost certainly envision Romelu Lukaku getting on the scoresheet. They’ll need an incredibly gritty and disciplined performance to even take this to a draw, but we expect a comprehensive away win in this one.

We really have no idea what to say about any Southampton game this season. They are simply too unpredictable to give good odds for, as evidenced by their four-goal thriller of a draw last weekend with Burnley. They should, on paper, be beating Watford, and that’s why we’re picking this result. But the draw at 11/5 is not to be scoffed at ever when Southampton play a team like this.

We’re looking at two teams who absolutely need a win this weekend after a disaster last outing in the Premier League. Manchester United were comprehensively smashed by Liverpool at Old Trafford last Sunday, taking a 5-0 drubbing in front of their home crowd. Ole Gunnar Solskjaer is still at the wheel, but if he can’t get a positive result down in London, he will be under serious pressure from the board and the fans at Manchester United. Spurs 1-0 loss to West Ham was not quite as egregious, and they did their best to rectify it in the league cup midweek, but fans are still unsure where to go with the club under new manager Nuno Santo. Our NetBet win probability counter has this one swaying in favour of the visitors, with United currently sitting at 40% and the hosts at 33%, with a draw pretty close at 27%, but we’re going for a draw here.

Unfortunately, it’s always going to be a safe bet to back the team that are playing Norwich any given week this season. They’ve struggled severely at this level so far and we imagine they’ll be going straight back down, ideally not with a record low points tally. Leeds aren’t looking anything special this year, but they should have enough to deal with the bottom side in the Premier League.

Expect possibly the game of the week this time around, with both Villa and West Ham wildly inconsistent thus far this season. We expect to see great attacking flair from Villa, but buoyed by their win over Spurs last weekend, the Hammers could very well see themselves starting a bit of a run back up the table now, so we are going to have to back them to get victory over a strong, but unstable Villa side..

We’re backing a draw in this one, simply because we can’t split these two teams. It’s tough to imagine Everton coming to Molineux and just dominating, but Wolves haven’t shown us any indication yet, despite good results, that they’ll be taking care of the Blues either. Under the lights in the Midlands, similarly to the Villa game, this one could end up being something of a post-Halloween treat.

If you enter these results as a huge 10-fold acca on our NetBet Sport football odds page, you could stand to win just over £10,000 off of just a £5 bet should all of our predictions come through.