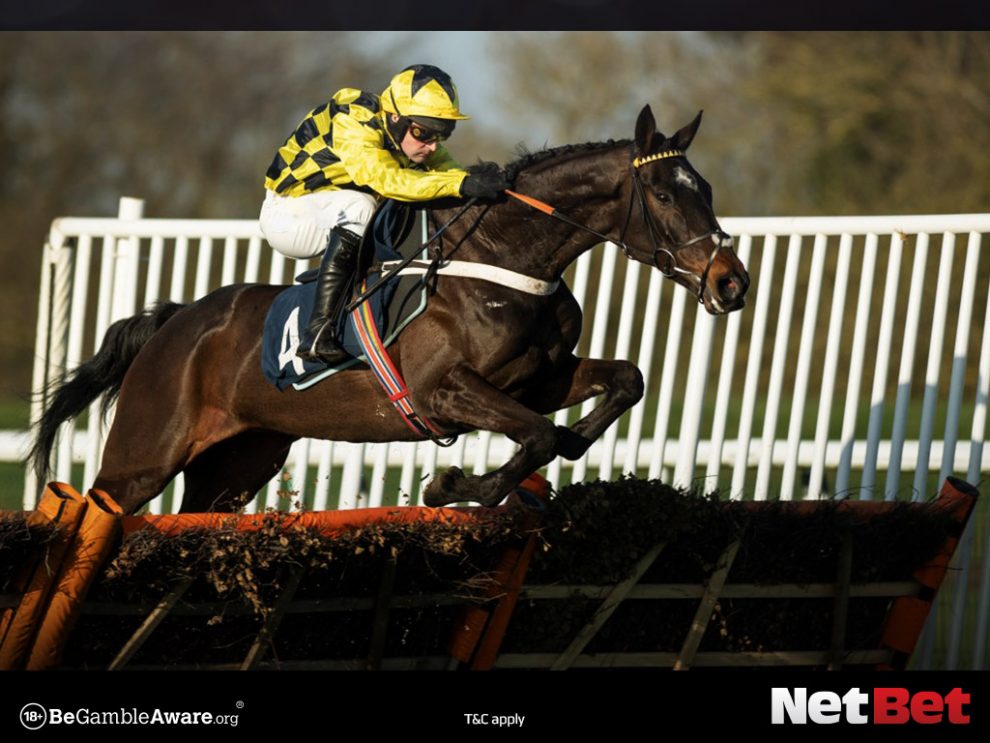 The Cheltenham Festival is back for another year and our expert tipster at NetBet has cast his eye over day two of this prestigious meeting to give you the best odds and tips on Champion Chase day.

Another top-quality novice hurdle kicks off proceedings on day two of the 2022 Cheltenham Festival. This race has been won in the past by the likes of the legendary Istabraq and Bob Olinger, who claimed victory last year.

Yet again, there are some very promising horses lining up for this year’s renewal and Ireland once again hold a strong hand in this contest.

Ginto and Journey With Me hold strong claims in this race. The latter, trained by Henry de Bromhead, is lightly-raced but has looked impressive in all this three wins. Ginto likes to bowl along in front and has been impressive so far but he could be susceptible in such a strong race.

The horse we like the most is the British-trained Stage Star. He has improved with each and every run this term and trainer Paul Nicholls is bullish about his chances. He represents excellent value in such a hot contest.

This race is usually an excellent guide to the future. There are some excellent young chasers running in this year’s renewal and a lot of horses who line up in this three-mile championship race generally look towards contesting the Gold Cup within the next two years.

Paul Nicholls has a wonderful chance to make it two wins from two on the second day of the Cheltenham Festival with Bravemansgame. He has won all four novice chases this season, gradually going up in class on each occasion. He jumps well, travels strongly and can lift this valuable prize.

Of course, Ireland are strongly represented and Galopin des Champs is a worthy favourite. He has been in sublime form this term but has a tendency to clout a fence which will get punished around this track.

The big danger to Bravemansgame could be Ahoy Senor. He finished second to our selection at Kempton on Boxing Day despite almost falling at the 15th but followed that up with an easy success at Wetherby.

The first two races on day two are certainly competitive and tough enough for any punter to peruse. However, this is arguably the toughest race of the week to pick a winner in so we will give you our pearls of wisdom in order to sift through a huge field.

Some big priced winners have won this race over the years, including last year when Heaven Help Us won at 33/1. However, the year before Dame De Compagnie won at 5/1 favourite, so the cream can rise to the top here.

Two horses we like are Good Risk at All and Camprond. The former is vying for favouritism and with every good reason to be after turning a competitive handicap hurdle at Ascot into a procession last time out. He will love the hustle and bustle of this contest and looks sure to run a huge race.

Camprond is an interesting contender for Philip Hobbs. He hasn’t had a run since November when he finished fourth to West Cork. That day he was only five lengths behind leading Champion Hurdle contender, Adagio, so could run well at a bigger price.

We have gone from one of the toughest events to bet on during the whole week to one of the easier races. However, this should be a fascinating spectacle as Shishkin and Energumene lock horns again following their thrilling clash at Ascot last time.

Some legendary horses have won this race down the years. The likes of Moscow Flyer, Master Minded and Viking Flagship have all written their names into National Hunt folklore thanks to their successes in this race and Shishkin looks poised to join them.

This Nicky Henderson-trained horse has won at the past two Festivals in the Supreme Novices’ Hurdle and the Arkle Chase and can make it a hat-trick here despite the battling qualities of Energumene.

He ran Shishkin close at Ascot and Willie Mullins’ is confident he can turn the tables. However, Shishkin always had a bit more up his sleeve and on a left-handed track, he should assert his superiority over the Irish raider even further.

At a bigger price, we think Nube Negra may finish second to the starting price favourite (Shishkin) in this year’s renewal. He is a fast and accurate jumper and has had a solid season.

This race is a thrilling run round the inside of Prestbury Park, with some quirky fences and sharp turns facing the field in this event. It is a newer race in the Festival calendar and this contest is synonymous with Tiger Roll, who has won this race three times.

He is back again as he bids for a fourth success in this event. This Gordon Elliott-trained horse will bring the house down if he can do it. He won last year at the grand old age of 11 in front of no crowds and, as a dual Grand National winner, he knows his way around courses of this nature.

However, we think his shot at win number four here will be sunk by Enda Bolger. He has a host of horses ready to line up and we like his Shady Operator. He has experience of these races and has done well at Punchestown. We think he can spring a surprise.

Easysland could prove the main danger. He won this race in 2020 and was second last year. He has run poorly on both occasions this season but could be revitalised by a return to the Festival

This is another headscratcher of a race following on from the Coral Cup earlier in the day. A big field is set to go to post for this two-mile dash around Prestbury Park and it could be a very good day for Paul Nicholls.

Nicholls has Thyme White in this race and we are really keen on his chances. He is only a six-year-old but has improved on each run over fences this season. He won decisively at Doncaster on his last run and can give Nicholls and his team a third win of the day.

Of course, it wouldn’t be a Festival without a Willie Mullins contender in each race and Ciel De Neige can give Thyme White the most to think about.

He has won his last three races in Ireland and has stepped up in class on each occasion. However, he has a slight question mark over his jumping but he has a serious engine and can go close.

The second day of this year’s Cheltenham Festival is rounded off with the Champion Bumper. This is a race that Ireland have dominated over the years and once again, they hold all the aces when it comes to this race.

This race is for horses that are starting out at the beginning of their careers and the likes of Envoi Allen and Cue Card have gone onto bigger and better things after emerging victorious in this event.

Willie Mullins and Gordon Elliott have the first two horses in the betting and with good reason too. Mullins’ Facile Vega has been most impressive in his two runs so far. He won with plenty in hand at Leopardstown last time and has plenty of improvement left in him.

American Mike is Elliott’s best chance and he has also won both his races. He hacked up at Down Royal in his debut before winning a decent contest at Navan last time. These two horses look a fair way clear on the form compared to the rest of the field. We think Facile Vega just has the edge but it should a fantastic battle.