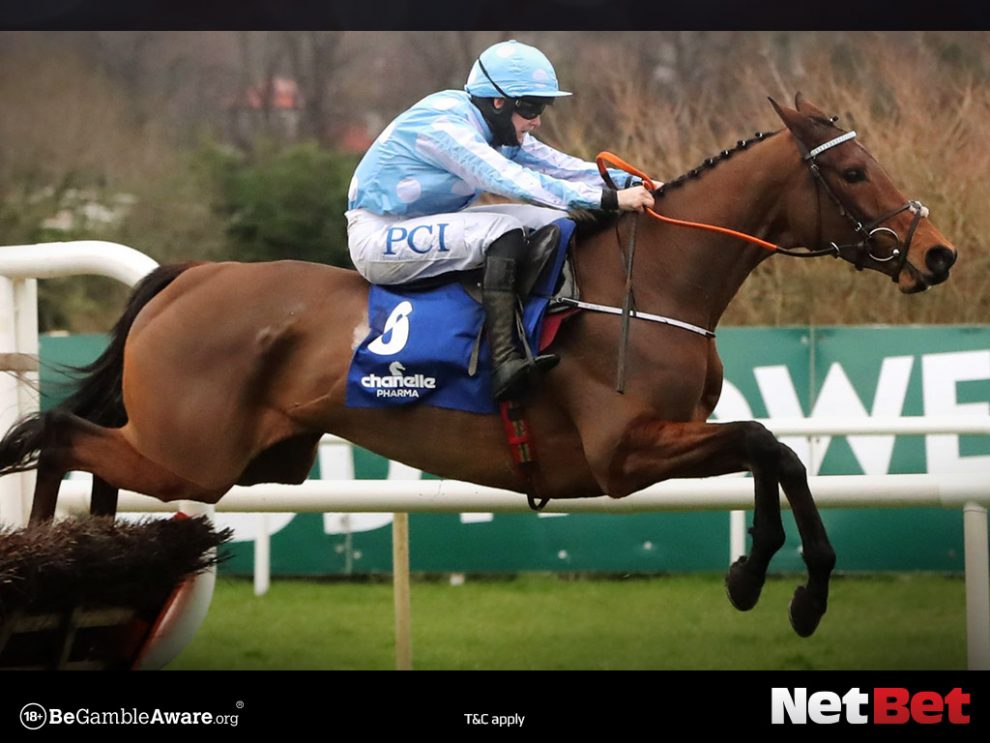 The Cheltenham Festival is back for another year and our expert tipster at NetBet has cast his eye over all four days to give you his analysis and views of the highest quality horse racing anywhere in the world.

The 2022 Cheltenham Festival gets underway next Tuesday. With the crowds back inside Prestbury Park, it is sure to be a pulsating four days racing at one of the most famous venues in the world. Last year, Rachael Blackmore swept all before her and rode her way into the record books with a stunning array of winners, including Champion Hurdle heroine Honeysuckle. The eight-year-old bids to follow up her Champion Hurdle success again, which is the undoubted highlight of a packed first day’s racing.

The first race of the Festival will bring a huge roar from the crowds. This contest is often run at a frenetic pace and the winner of this race usually goes onto bigger and better things. Horses such as Altior and Shishkin have won this two-mile affair in the past decade and there are sure to be a few horses in this year’s line-up that can go onto have glittering careers.

Nicky Henderson trained the aforementioned Altior and Shishkin and he has a real contender in Constitution Hill. He has won both hurdle races this season in a canter and is a worthy favourite.

The big danger from Ireland is Sir Gerhard. He won last year’s Champion Bumper here and has taken to hurdling impressively. However, he didn’t jump with any fluency on his last start and can be opposed

We like Sir Gerhard’s stablemate, Dysart Dynamo. He has looked the part for Willie Mullins this campaign and can get the Festival off to a great start for the Irish contingent.

There have been some spectacular winners of this race over the last few years. The likes of Moscow Flyer, Azertyuiop and Un de Sceaux have emerged victorious after a fast and furious dash around Prestbury Park. Who will follow in the footsteps of last year’s winner, Shishkin?

Edwardstone is the current favourite and his form is rock-solid after a brilliant first season over the larger obstacles. The Alan King-trained horse has reeled off a four-timer and is a very fast and accurate jumper, which is what you need in this event.

The horse we like the most, however, Riviere d’Etel. This Gordon Elliott runner was narrowly beaten by another rival, Blue Lord, on his last appearance but we think the undulations of Cheltenham will suit our selection.

At a longer price, we think Third Time Lucki will run a big race. He was beaten four lengths by Edwardstone at Warwick last time out but showed a great deal of promise when winning at Doncaster before that.

This is where the racing gets a bit trickier to predict. The infamous Cheltenham Festival handicaps have been so often a graveyard for punters down the years. You get some big prices pull off some real shocks but you occasionally get one horse who is ahead of the handicapper.

With a competitive field earmarked for this contest, it should be a magnificent spectacle and there should be plenty of runners in with chances going up the punishing hill to the line.

It may not be very imaginative but Does He Know looks a shoo-in for this contest. He is only a lightly-raced seven-year-old but won a Grade Two chase at Ascot in convincing fashion on his last run. He looks sure to go close for trainer Kim Bailey.

The biggest danger to our pick could be The Shunter. He won at last year’s Festival when storming home in the 2m4f handicap chase on the Thursday and he should enjoy his first try at over three miles.

This race is the gold standard for those speedsters who run over the minimum distance over hurdles. Last year’s winner, Honeysuckle, is back for more and putting her unbeaten record on the line. She was so impressive in this race last year and looks pretty much unbeatable over this distance. She is proven round the track and is in the form of her life.

There are some outstanding horses in opposition to Honeysuckle but the best bet this race is to look for the value that could run Honeysuckle closest. The Irish mare has beaten pretty much of all these horses during her amazing career but there are a crop of youngsters who could give her something to think about.

Adagio represents the best value for us and can run a big race for David Pipe and Tom Scudamore. This five-year-old is proven round the track and came second in the Triumph Hurdle last season, beating the likes of Zanahiyr. He ran well behind Goshen at Wincanton after a break, and that run should have him spot on for this.

Another horse that can run well at big odds is Tommy’s Oscar. He has won his last four races, going up in class each time and is a tough nut to crack.

This race is one of the newest at the Festival but some truly great horses have won this race. Willie Mullins has won this race an incredible nine times in 14 runnings, including with Quevega on a whopping six occasions. There are plenty of classy horses in this year’s renewal and it could go to Ireland once again.

Runners from the Emerald Isle make up the first nine in the betting, which is quite incredible. It is clear that Mullins is looking to win this race for the 10th time and we think Concertista can provide him with another victory. She was narrowly beaten in this event last year by Black Tears when she was odds-on favourite but can make amends this time around.

Although Telmesomethinggirl is the favourite, we think Royal Kahala can be the biggest threat. She is a very tough mare who could thrive in the hustle and bustle of this race and will be there at the finish.

Another handicap and another fiendishly difficult race to provide you the answers to. However, we can narrow it down to two horses we think will be in with a shout at the finish and a race which can go to Ireland once again.

With many of the Irish runners prominent in the betting, we are looking for more value in this race and we think the aptly-named HMS Seahorse can win for the Paul Nolan stable.

This four-year-old has improved steadily throughout the season and won his first race in eyecatching fashion at Fairyhouse last time out. The big field holds no fears for this horse who has shown he can deal with that.

His big threat is likely to come through the Mullins-trained Gaelic Warrior. This is his first start for the stable following a very promising career in France. His form is unknown but Mullins is the master at getting his horses ready for the big occasion.

This is the final race of what is sure to have been an exciting first day at the Cheltenham Festival. Last year, Galvin took home top prize after reeling in long-time leader, Remastered. Galvin now goes for the Gold Cup this year so it takes a very good horse to win a race of this calibre.

If the heavens open, this race could turn into an absolute slog in the mud so you should side with a horse that can stay this gruelling distance.

Although Irish runners feature heavily at the head of the betting once again, we really think a British runner can round off day one in style. Pats Fancy has some excellent form in the book, finishing only three lengths behind Bravemansgame last time out. He has shaped as if the step in distance will suit and he can win this prize at very decent odds.

The main danger is Stattler. He has won his past two races very comfortably at Fairyhouse and Naas and he looks a worthy favourite.