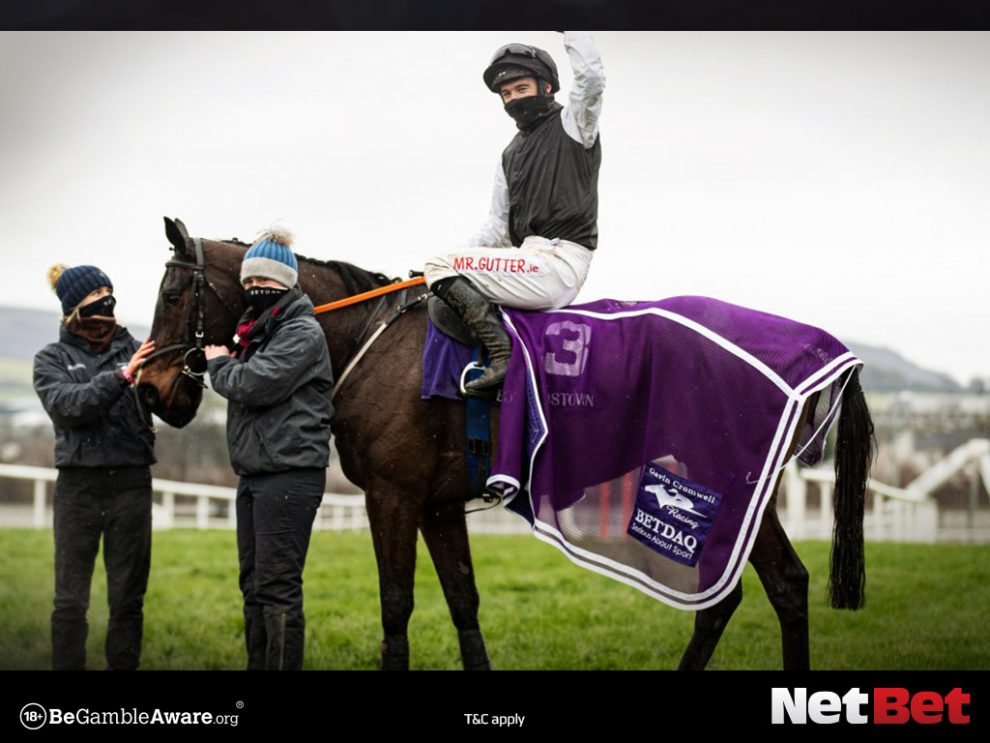 The Cheltenham Festival is back for another year and our expert tipster at NetBet has cast his eye over day three of this prestigious meeting to give you the best odds and tips on Stayers’ Hurdle day.

A truly top-quality race kicks off day three of this year’s Cheltenham Festival. Compared to some of the races over the four days, this race has a much smaller field compared to some but that doesn’t make it any less difficult to pick the winner from.

The obvious contender is Bob Olinger. He won the Ballymore Novices’ Hurdle handsomely at last year’s Festival and is a superstar in the making. He is the likely winner of this event but his jumping has been sketchy on occasions so there is definite value to be had here.

Considering our superb NetBet promotion, we think L’Homme Presse is a real threat to the favourite. He has been very impressive over the larger obstacles this campaign. He was brilliant at Sandown last time out, despite jumping left at many fences. This left-handed track will suit him a lot better and

The first of Thursday’s handicaps is a truly competitive affair. This race could turn into a real slog should the rain come in and persist so you need a horse with a bucketload of stamina and a huge heart to prevail.

Ireland and Britain have some fantastic chances in this race. Gordon Elliott and Emmet Mullins have some leading contenders from the Emerald Isle but we fancy Britain to get their noses in front in this three-mile test.

We fancy Sporting John to come out on top for Philip Hobbs. This horse was highly tried over fences last season but fell in the Brown Advisory Novices’ Chase behind Monkfish at the 2021 Festival.

He has gone back to hurdling this season and was mightily impressive at Warwick in the qualifier for this race and he looks primed to run a massive race.

His biggest danger could be Alaphilippe. He finished fifth behind Sporting John at Warwick but that was his first run of the season so his fitness should be spot on to run our selection even closer.

A fantastic Grade One contest to savour as the cream of the crop from Britain and Ireland take each other on in this middle-distance contest to be crowned king or queen over this trip.

This is a fairly new race on the Festival calendar but the likes of Albertas Run, Cue Card and Dynaste have already scooped this prize in the past 15 years so it takes a top-class horse to finish in front.

Allaho is the worthy favourite. Willie Mullins’ stable star won this race brilliantly last year. Leading from the front, he jumped like a stag and pulled well clear of the field. Rachael Blackmore is on board and they should be home and hosed.

However, for some real value, we like the look of Conflated. Gordon Elliott’s charge has improved at a rate of knots over the past 12 months and put Gold Cup winner Minella Indo in his place at Leopardstown last time out. He could cause a shock if Allaho isn’t at his best.

Like last year, this promises to be one of the races of the whole Festival. Flooring Porter floored his opponents 12 months ago, leading all the way to record a fabulous success.

What makes this race even more intriguing is that there are plenty of questions marks hanging over the protagonists’ heads. Klassical Dream comfortably beat Flooring Porter at Punchestown last season and Leopardstown this season but was badly beaten at odds of 1/3 last time. Paisley Park is a former winner but has had his problems and Thyme Hill has just fallen short a couple of times in this division.

For that reason, we tentatively favour Champ. Nicky Henderson’s horse was once a favourite for the Gold Cup but his jumping over fences regressed. He is now back over hurdles and he beat Thyme Hill easily at Ascot on his first run this season before narrowly losing to Paisley Park last time.

We fancy Champ to turn the tables on Paisley Park and win this prestigious prize.

Another of those devilishly difficult handicaps is upon us. This race often has a huge field comprised of former Graded winners and up-and-coming horses who have improved as the National Hunt season has gone on.

In this race, your selection needs to show bravery, needs to jump well and have that touch of class. Due to the competitive nature of this contest, there are plenty of horses on that list but we have picked two who you should side with.

There are some live contenders from either side of the Irish Sea and we think a horse from Ireland and a British-trained gelding will lead the way up the hill.

The first is The Glancing Queen from Alan King’s stable. She has been in really good form over fences and finished second to the classy L’Homme Presse at Cheltenham on New Year’s Day. A repeat of that would see her go very close.

The biggest danger could be Enda Bolger’s Birchdale. He won a valuable handicap chase at Leopardstown on his last run in style and the conditions should suit.

There are some cracking young mares lining up for this race, one of the newest of the Festival. It only started in 2016 and so far Willie Mullins has won this race five times out of six, with the other going to Henry de Bromhead. That makes it a clean sweep for the Irish so far and this prize looks like it will be going back across the Irish Sea once again.

Mullins has a livewire leading the betting in the shape of Dinoblue. She has only had one run over hurdles in her life but was so impressive at Clonmel. She travelled strongly and belied her inexperience by jumping very slickly.

However, that inexperience in a race of this class and nature could be her undoing so we think Gordon Elliott’s Party Central is the one to side with.

She has more experience than the majority of her rivals and looks like a real improver. She was given plenty to do in her last race at Leopardstown but won with considerable ease and she looks the type to climb right to the top.

Another really trappy contest ends what should be a dramatic third day of the 2022 Cheltenham Festival. There are some top-class horses in this event, which is run over the Gold Cup course and distance.

Once again, the Irish contingent hold all the aces in this race. Gordon Elliott’s Frontal Assault is the clear favourite at 4/1 but we think there is much better value to be had elsewhere in such a quality renewal.

The horse we like the most is Noel Meade’s School Boy Hours. He stepped up to three miles at Leopardstown during the Christmas period and won a very valuable handicap chase with plenty in hand. He looks the type to relish this distance and he can win this race.

A horse that represents real value is Come on Teddy. He is ultra-tough and consistent and he has run very well at the Festival in years gone by. Tom George’s eight-year-old looks a major player at big odds.