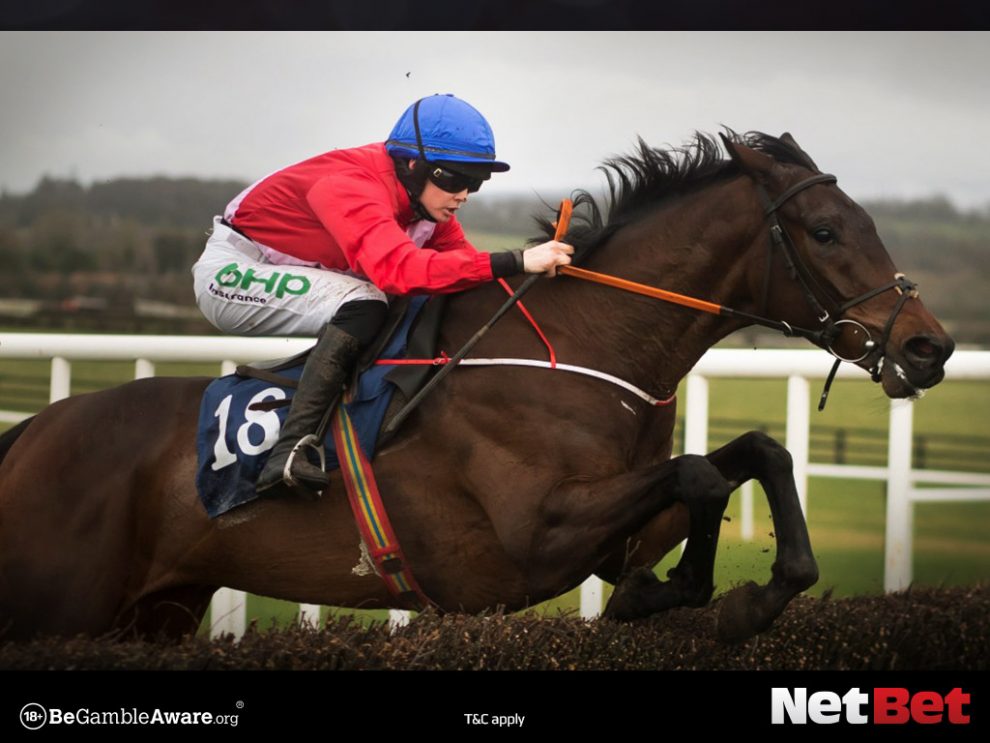 The Cheltenham Festival is back for another year and our expert tipster at NetBet has cast his eye over day four of this prestigious meeting to give you the best odds and tips on Gold Cup day.

A superb contest opens up the final day of the Cheltenham Festival 2022 and this looks a very classy renewal of an eagerly-anticipated race. The Triumph Hurdle is just for four-year-old horses in their first season of hurdling and the winner and placed horses normally look to run in the Champion Hurdle next season.

There are runners both sides of the Irish Sea which hold great chances to lift this coveted prize. It is sure to be a fast and furious pace so you need a horse that jumps and travels well.

Look no further than Pied Piper. The main thing about this horse is he has course form, having won around Prestbury Park at the end of January. He could hardly have been more impressive that day, winning his race in a canter. Before that he narrowly beat favourite, Vauban, and this looks a race for the ages.

Pied Piper’s biggest danger, however, could be Doctor Parnassus. Dan Skelton’s horse has won both his starts, albeit in lesser contests than our selection. His win at Taunton on his last start was very professional and he could be in the shake-up.

Along with the Coral Cup on Wednesday, this could be the hardest race of the Festival to pick the winner from. Some of the country’s best handicap hurdlers line up in this Grade 3 extravaganza and there are plenty of horses in with live chances to lift this valuable pot.

We have whittled it down to three for you. State Man is a worthy favourite for Willie Mullins. He looks a really promising type who could do well in this type of race but he is inexperienced and fell on his penultimate start. He is worth taking on.

West Cork is the horse we believe can lift this prize in this ultra-competitive heat. He had a long lay-off before winning on his reappearance in November at the Open Meeting at Cheltenham in the Greatwood Hurdle, beating Champion Hurdle hopeful Adagio. He looks set to run a big race for the Skeltons.

The biggest threat could come from Tritonic. Alan King’s horse was very smart last season as a juvenile hurdler but has lost his way a bit. He is on an attractive mark and could run a big race at decent odds.

This is the last Grade One novices hurdle of the whole meeting, a gruelling three-mile contest over the undulations of Prestbury Park. This race is not for the faint-hearted and requires of novice hurdler with a mixture of steel and class to emerge triumphant.

This is another race the Irish seem to do well in, with no British-trained winner of this contest since 2016. Can the British regain this prize?

Well, the favourite for this is Henry Daly’s Hillcrest. He has swept all before him in novice hurdles in the UK this term, winning comfortably at Haydock on his latest start in a Grade Two hurdle. This horse has a serious engine on him but his jumping remains erratic. If he can brush that up, then he has a huge chance.

However, we really like Willie Mullins’ The Nice Guy. He has won all three races he has contested and was a taking winner over 2m 3f on his last start. He is stepping up in trip but he stayed on stoutly at Naas, suggesting that three miles won’t be a problem.

The ultimate race of the whole National Hunt season. Dubbed the Blue Riband of jump racing, this is the prestigious prize of them all. The likes of Arkle, Desert Orchid, See More Business and Best Mate have been crowned Gold Cup champions or one or more occasion over the past 60 years and this year’s renewal looks as competitive as ever.

Minella Indo won this race last year in grand style but has been below-par in three runs this season. The return to Cheltenham could galvanise but he is easily opposed.

This race has been whittled down to three horses. It may be unimaginative but we think A Plus Tard can justify narrow favouritism to take home this prize of all prizes. He was brilliant when winning at Haydock on his seasonal reappearance before losing by a short head to Galvin at Leopardstown over Christmas.

However, the better ground at Haydock worked in A Plus Tard’s favour compared to Leopardstown and he should get similar conditions to turn the tables on Galvin.

We rate the biggest danger as former winner Al Boum Photo. He won this in 2020 before finishing third last year. Once again, he has had a light schedule leading into this and can be there at the finish.

This race is basically the amateurs’ Gold Cup. Run over the Gold Cup course and distance of 3m 2f, this is race that puts those less-heralded jockeys into the limelight for an unforgettable few minutes around this iconic track.

There have been some memorable moments in this race over the years and some of the biggest stables love the thrill of winning this great race.

Both Willie Mullins and Paul Nicholls have great chances in this year’s renewal. Mullins has the favourite, Billaway, who bids to go one better than last year when he was denied on the line by Porlock Bay. He won on his latest start at Naas and has good claims again.

Bob and Co represents Nicholls and he also has a real chance. He beat Billaway by a nose at Punchestown at the end of last season but ran a poor race on his reappearance at Haydock.

However, we believe Winged Leader can fly to victory in this race. This strapping eight-year-old walloped Billaway by 12 lengths on his hunter chase debut at Thurles and surely can reaffirm that effort here.

This is the second running of this event, following on from the success of last year and it is an equally competitive renewal over 2m 4f at Prestbury Park.

Last year, Colreevy triumphed in grand style for Willie Mullins and the all-conquering Irish trainer has the favourite again with Elimay. She was beaten narrowly by market rival, Mount Ida, at Fairyhouse on her penultimate run, despite a round of poor jumping.

However, the application of first-time cheekpieces really helped at Naas last time out, winning with her head in her chest from the front. That amount of improvement should see off Mount Ida this time.

The biggest danger to Elimay could come in the shape of Zambella. She is an extravagant jumper who likes to lead so will challenge Elimay in that respect. She has a likeable attitude and could do well in a race of this magnitude.

This race is named after one of the greatest trainers of all-time and plenty of the current top trainers have big chances to win the last race of this year’s Festival.

It is an absolutely headscratcher to finish off proceedings though. Plenty of horses have live chances coming into this race and it will take plenty of studying the form to work out the winner of this handicap hurdle.

However, once again, we have whittled it down to a couple of horses who can certainly give you a run for your money and will no doubt be in with a chance coming up the hill.

The Irish will look to finish off the 2022 Cheltenham Festival in the best way possible, celebrating a winner with the roars that are so synonymous with the capacity crowds each day.

They have a tremendous chance with Chemical Energy, who will think will bag this prize and send the whole of Ireland home happy. He has won two of his three races this campaign and showed a great attitude to win at Fairyhouse on his last outing. That toughness will stand him in really good stead in this competitive contest.

A horse at bigger odds that we think can run well is Dans Le Vent. Evan Williams’ charge is ultra-consistent and he won a big handicap at Haydock in November. He has run very well in big fields since then and can show up well again here.