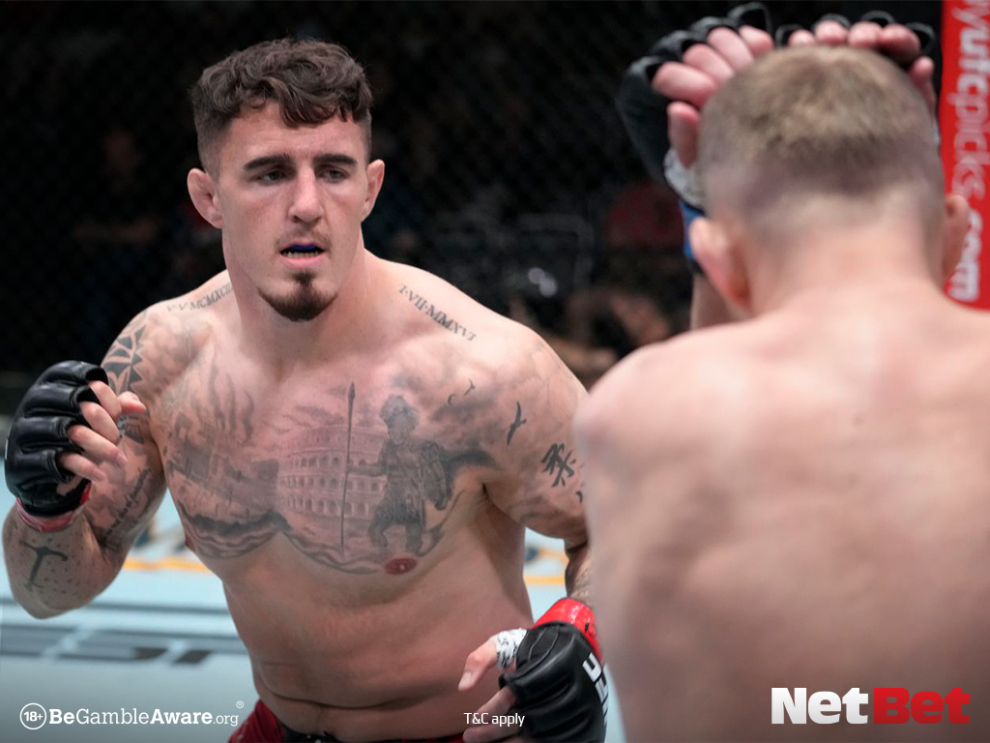 After a long three year wait, the UFC is finally making a return to England this weekend! The sold out O2 Arena was treated to some explosive action last time Dana White brought the most popular MMA organisation to town, but the main event didn’t go quite as planned. UK fans will be hoping to avoid a repeat of 2019’s main event, when Liverpool’s own Darren Till was knocked out by Jorge Masvidal.

Our expert tipster at NetBet has previewed the upcoming UFC card, providing his betting tips for Saturday night’s fights.

The heavyweight action returns to the octagon for Saturday night’s main event, as Wigan-born Aspinall looks to climb into the top 10 rankings with a win over a ranked sixth Volkov. Aspinall’s rise to the summit of heavyweight UFC has been nothing short of remarkable. He entered the UFC in 2020 after just nine professional fights, and has since gone on to pick up four straight victories.

It will be all boos for Volkov come Saturday night, but ‘Drago’ will be no pushover. The Russian has faced some of the heavyweight elite, and has only been stopped once in 11 UFC fights. With 22 KOs in 34 wins, Aspinall will have to be at his best to maintain his record of having never been knocked out.

The Englishman hasn’t yet seen a third round in the UFC, with three of his four wins coming by first round KO, and the other coming via second round submission. Saturday will be his first scheduled five round fight with the organisation, and we could learn a lot about him if Volkov drags him into deep water at the O2.

This is without doubt the biggest test of Aspinall’s young career, but he will go into the fight as favourite at 5/7. Volkov will be looking to cause an upset and will enter the octagon as underdog at 23/20.

The first fight of the night will feature a 21-year-old Muhammad Mokaev making his UFC debut. He is 6-0 in his professional career and has been tipped as the next big thing in the UFC bantamweight division.

Paddy Pimblett might have the most hype behind him for this event, but it’s worth keeping an eye on Arnold Allen in the co-main event. Allen is unbeaten in the UFC and has quietly earned himself a shot at eighth rank lightweight Dan Hooker. Hangman will be the biggest test of young Allen’s career, but with the home crowd behind him, expect his best performance yet.

The atmosphere inside the O2 will be electric – expect Aspinall to come flying out the gates with intent. He’s got serious power in those hands, and although Volkov poses a real threat of his own, Aspinall is a devastating boxer.

Allen might not have fought the level of opposition that Hooker has, but there’s a first time for everything, and it’s been coming. Expect a hugely technical fight, one which Allen has every chance of winning if he deal with the pressure of the mammoth occasion.

You can back a few of the Brits to get the job done at a good price. Mokaev looks a strong favourite in the first fight of the night, whilst Paul Craig and Tom Aspinall have proven themselves as problems at every stage of their careers thus far.