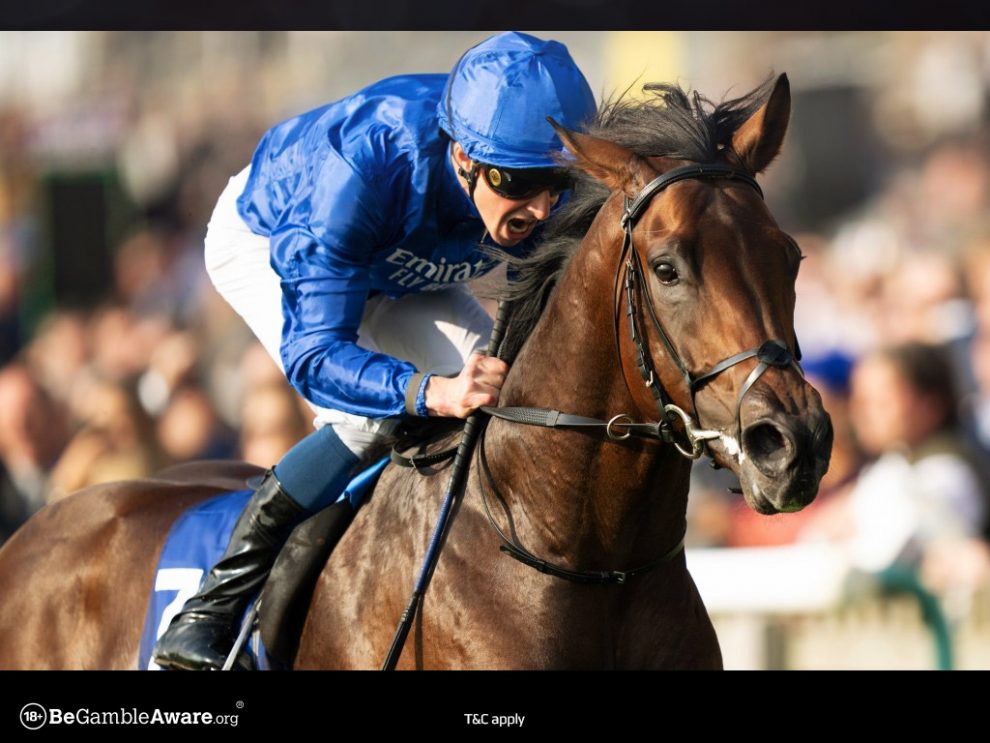 The first two classics of the 2022 British Flat horse racing season have arrived and there is plenty of chatter about these stellar three-year-olds making a real name for themselves this campaign.

These two races have seen the likes of Nijinsky, Love, Mother Earth, Sea the Stars and the legendary Frankel emerge triumphant and our NetBet tipster has got his tips lined-up for you ahead of the big event. Will there be another superstar or two that we will remember for years to come?

The 2000 Guineas is run first this weekend on Saturday afternoon over the wide expanse of Newmarket Racecourse. The dash down the Rowley Mile is one of horse racing’s most famous sights and this renewal should be an absolute cracker.

First run in 1809, this race is run just for three-year-old colts who excelled in their debut campaign as two-year-olds the previous year. The headline act is without question Charlie Appleby’s Native Trail.

Unbeaten as a two-year-old, he looked the real deal when thrashing the likes of Dubawi Legend and Point Lonsdale at Newmarket and The Curragh last autumn. He looked as good as ever on his seasonal reappearance in the Craven Stakes on the Rowley Mile at the beginning of April and looks sure to be a tough nut to crack.

Can anything stop this potential superstar from lifting this valuable prize on Saturday?

It may not be the most imaginative bet we have ever tipped but it is just so hard to look past the favourite. He has rock-solid form against the majority of his opponents and has winning form in this unique course. He has had a great preparation for this contest and looks close to unbeatable. The big question is can he join the likes of Frankel and join horse racing folklore?

The likes of Luxembourg and Native Trail’s stablemate, Coroebus, look the biggest dangers to Native Trail. Luxembourg is unbeaten in three races, including winning the Racing Post Trophy at Doncaster in October whilst Coroebus looks like a real improver for Appleby. However, we think Point Lonsdale can give our selection most to think about. He was odds-on favourite when beaten by Native Trail at The Curragh and hasn’t run since. He could spring a surprise for Aidan O’Brien, who has won this race 10 times in the past.

This is the fillies’ version of the 2000 Guineas over the same distance as their male counterparts run over 24 hours before. This race was first run in 1814 and there have been some legendary fillies who have gone onto sweep all before them.

Unlike this year’s 2000 Guineas, this race is far more competitive with plenty of horses in with chances of lifting this coveted prize.

The Irish master trainer, Aidan O’Brien, has won this event seven times, including the last three renewals with Hermosa, Love and Mother Earth and his main chance is favourite, Tenebrism.

Looking at the betting, the Irish and French-trained horses dominate this race with Britain’s best hope being Charlie Appleby’s Wild Beauty.

Can a French horse win this race for the first time since 2014? It should be a fascinating contest.

This really is a wide-open renewal and plenty of horses have claims. Tenebrism is the 11/4 favourite but was a surprise winner of the Cheveley Park Stakes at Newmarket last season.

Our selection, Discoveries, won the biggest two-year-old race at The Curragh last term and looks a tough cookie. She comes here slightly under the radar but looks to have a big chance. She ticks all the boxes and could stop O’Brien winning this for the fourth year in a row.

Can France have their first winner of this race for eight years and just their third since 1992? Francis Graffard’s Malavath looks to have plenty of supporters across the Channel and his trainer is confident about his chances. She won on her seasonal bow at Deauville and finished second at the Breeders Cup last autumn. She looks like she will run a huge race and shouldn’t be far away at the finish.