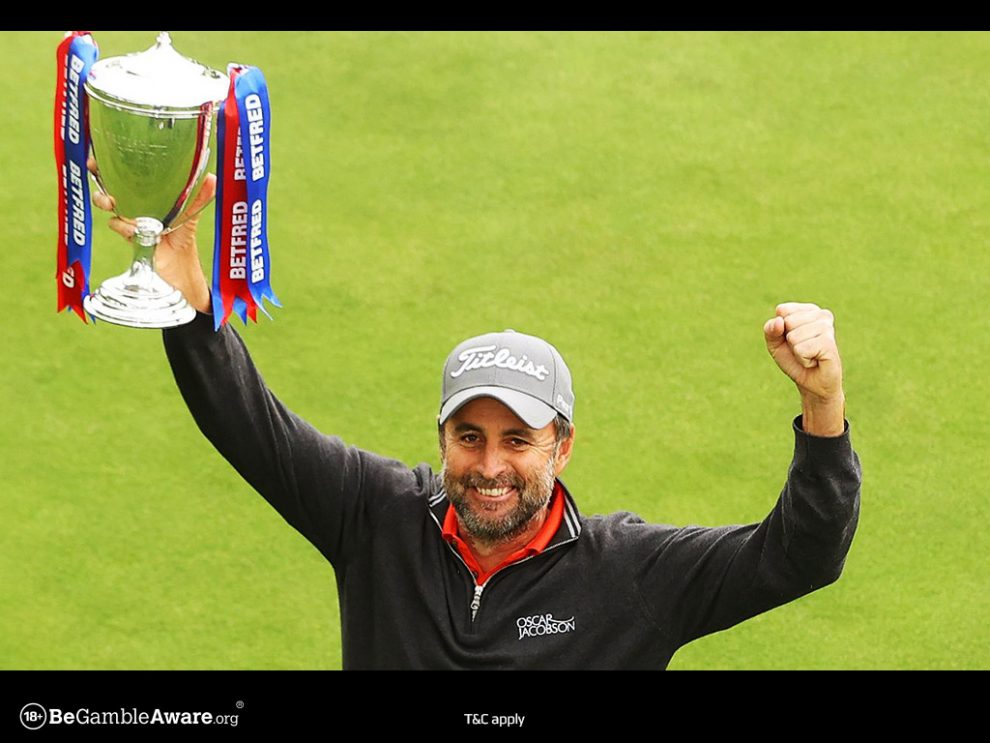 Last year’s event had a thrilling climax as England’s Richard Bland held off Italy’s Guido Migliozzi in a dramatic play-off. It was Bland’s first ever win on the European Tour in his 478th event amid emotional scenes on the final green. With a stronger field lining up this year, can Bland go back-to-back and produce another magnificent four days of top-class golf?

NetBet are offering a fantastic eight places on the British Masters. Who will win this week?

This iconic tournament has been one of the most revered on the European Tour for many years. After a six-year hiatus between 2009 and 2014, the tournament returned in 2015 with a popular English player hosting the event each year. In 2015, Ian Poulter hosted the British Masters at Woburn before Luke Donald, Lee Westwood and Tommy Fleetwood took the reins. The current host is 2016 US Masters champion, Danny Willett, who also took on hosting duties for Bland’s memorable win in 2021.

The field is full of rising stars and seasoned professionals with NetBet going 22/1 the field, showing the competitive nature of this tournament. With Bland, Westwood, Willett and Sam Horsfield in the line-up, hopes are high that there will be another English winner. However, the likes of Robert McIntyre will be hoping to take this prestigious prize back to Scotland and the Hojgaard twins, Rasmus and Nicolai, have very strong claims this week. It should be a fascinating tournament!

The charismatic Frenchman hasn’t played much this year as he has been nursing an injury in recent months. He was on the cusp of gaining selection to the 2020 Ryder Cup team but his form has slipped since the back end of last year. However, he finished tied eighth in his penultimate start, showing glimpses of the form that took him into the world’s top 50. If Perez can replicate that, he can be bang in contention on Sunday afternoon.

Based on just pedigree, the 49-year-old would win this tournament hands down. He has been world number one, has come close to winning at least three or four Major championships and has won almost 50 tournaments worldwide in a glittering career. Like Perez, his form hasn’t been great but he finished tied 14th at the US Masters in his last outing at the beginning of April. Having won here in 2007 and finishing runner-up in 2008, he has excellent course form and should be in the shake-up.

The 37-year-old Spaniard is a very popular player on the European Tour. In 2016, he represented Europe in the Ryder Cup at Hazeltine. Despite the USA beating Europe easily, Cabrera-Bello remained unbeaten and produced some phenomenal golf. Since those halcyon days, Cabrera-Bello’s form has been a mixed bag but he did win the Spanish Open last autumn and came second in the Abu Dhabi Golf Championship in January. If he has is a-game, he will be a force to be reckoned with this week.

Our 2022 British Masters promotion is also available to our customers at NetBet Sport, where we are paying out in the first eight places!