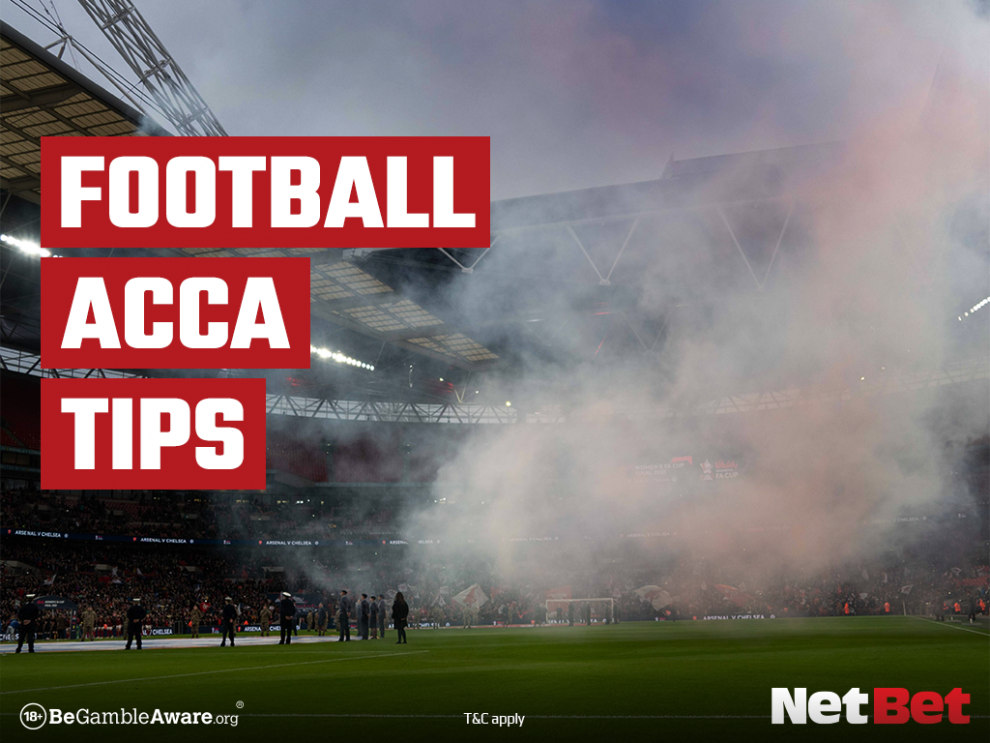 It’s the final day of the Championship and League Two campaigns this weekend, and there is plenty of twists and turns still to come! We’ve previewed the weekend’s football fixtures and picked a couple of games from each division to build the ultimate EFL acca so check out our sports betting.

At odds of 26/1, a £5 stake on our six-fold could win you £158 thanks to NetBet’s 14% Acca Boost! For more sporting previews and betting tips, check out NetBet’s blog.

The chance to confirm their rival’s relegation at Selhurst Park – it’s what dreams are made of. Watford are more than likely going down anyway, but Palace fans will be relishing the opportunity to put the final nail in the coffin. The Hornets have now lost five on the bounce as they edge closer to a Championship return, whilst Palace are still on track for a top half finish. The Eagles have not lost in six in South London and have kept four consecutive clean sheets on home soil. We’re expecting Selhurst to be bouncing in the penultimate home game of the season, and Patrick Vieira’s side will be looking to put on a show.

There’s no life left in this Norwich side that continue to bounce between divisions and are on course for a third successive 20th place finish in the top flight – that’s some achievement. It’s unlikely they’ll put up too much of a fight against a West Ham side still looking to squeeze into the top six. The Hammers have won their last three meetings against the Canaries without conceding a goal, and it wouldn’t be at all surprising to see David Moyes’ side cruise to victory at Carrow Road.

It might seem unthinkable to back a team that lost 7-0 in their last outing, but hear us out. Luton are currently sat in sixth place with Middlesbrough breathing down their neck for the final play-off spot. The latter’s superior goal difference means a point might not be enough for Luton. The hosts have lost just twice in their last 14 home games as they prepare to welcome a 21st place Reading that have already had their safety confirmed. We’re backing the Hatters to continue their sensational season into the play-offs.

There might not be an awful lot riding on this fixture, but Barnsley have won just eight points away from home all season, whilst West Brom have picked up nearly twice as many on home soil as they have on the road. It’s a quite remarkable 16 defeats in Barnsley’s last 19 away games ahead of their trip to The Hawthorns, and although it’s not been the season the Baggies were hoping for, they have far too much quality for the visitors.

Everything is still to play for at the top of the League Two table, and a win would secure the title for Exeter. They face a tricky final game against play-off contenders Port Vale, but the hosts will be oozing confidence following nine wins in their last 11 home games. It’s heading down to the wire, and Exeter are favourites to claim the crown.

The wheels have well and truly fallen off for Forest Green. At one point, they looked certain to win the title, but one win in the last six has seen them surrender the initiative to Exeter. The visitors have won just once away from home in the last nine as they prepare to face a Mansfield side in pursuit of automatic promotion. The hosts are a different animal on home soil, winning eight of their last nine, and the Stags will have the bit between their teeth as they go in search of League One football.