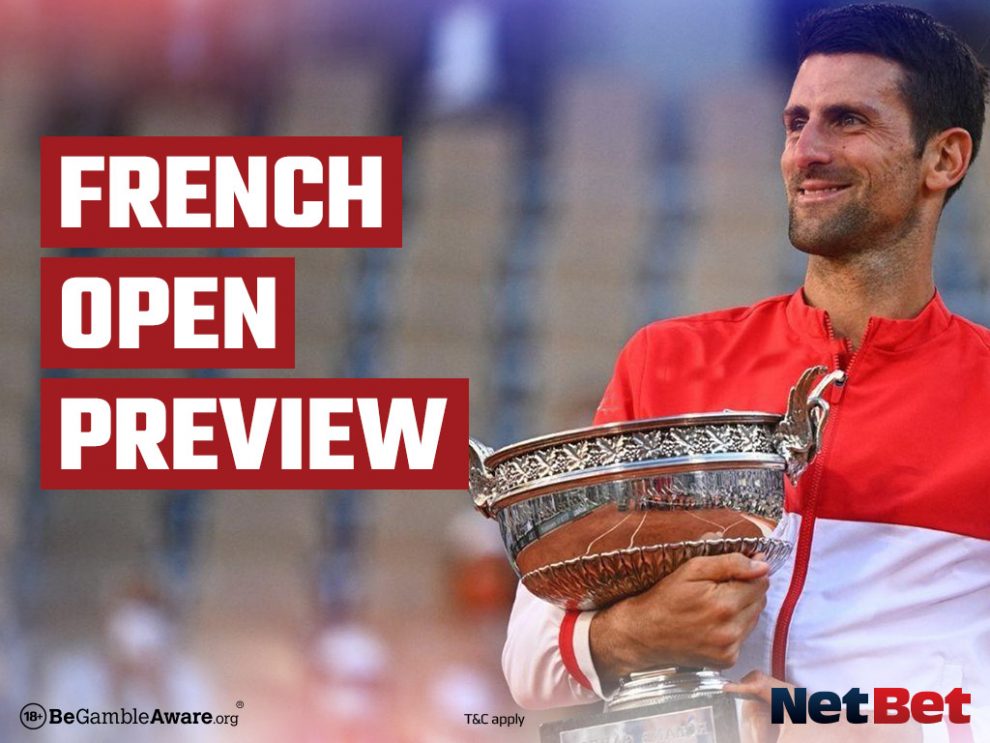 We’re back at the Stade Roland Garros this Sunday as the year’s second Gram Slam gets underway. Rafael Nadal will be looking to claim an incredible 14th French Open title in the men’s event, whilst women’s world number one Iga Swiatek will be hoping to reclaim the crown she earned in 2020.

World number one Novak Djokovic ended Nadal’s four-year French Open winning streak in 2021, and the Serbian will be raring to get back on the court following the decision to ban him from playing in the first Grand Slam of the year back in January. Back-to-back wins in this competition would see Djokovic tie Nadal as the most acclaimed men’s tennis player in history, but the Spaniard’s success on clay is simply unbelievable.

Of Nadal’s 21 Grand Slam titles, 13 are wins at the French Open. He has already added one Major to his trophy cabinet this year, but is currently trailing Djokovic and compatriot Carlos Alcaraz Garfia in the odds. Alcaraz is seen by many as the favourite due to his impressive form since the turn of the year. His performance in Madrid earlier this month was particularly eye-catching, as he beat Djokovic, Nadal and world number three Alexander Zverev on the way to his fourth tournament win of the year.

Iga Swiatek is the overwhelming favourite heading into the women’s French Open, with her form in 2022 erasing any doubt about her legitimacy as the world number one. She found herself atop the rankings following Ashleigh Barty’s shock retirement, but after winning all four of the tournaments she has played in this year, there is little doubt remaining.

2021 champion Barbora Krejcikova might prove Swiatek’s biggest threat in Paris following her performance at the last French Open, but the world number two has struggled for form early this year. Many will also fancy the 10/1 Simona Halep, who has reached the final of this tournament three times, winning it once in 2018. There is plenty of value outside of the favourite, but can anyone topple Swiatek?

*Odds correct at the time of publication and subject to change.

The 19-year-old Spaniard is in truly scintillating form heading into this tournament, having won 28 of his 31 matches played in 2022. It’s going to be a major task to overthrow the dominance of Nadal (5/2) at the French Open, as well as fight off a returning Djokovic (7/4), but the world number six has the talent to do just that.

It’s usually no fun betting on the favourite, but these are good odds for a player that has the potential to dominate women’s tennis for years to come. She has claimed four tournament victories already this year and won 37 of her 40 matches with a combined set score of 75-14. There will be stiff competition from the likes of 10/1 Halep, but the Pole has looked unstoppable in recent months.