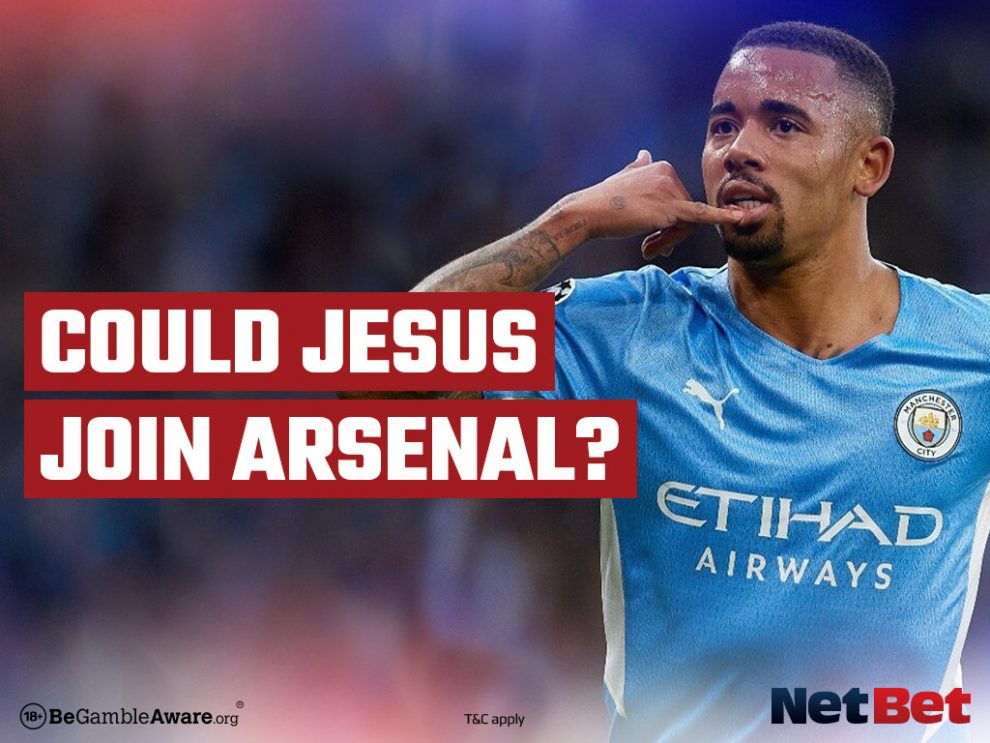 Arsenal looked favourites to claim the fourth and final Champions League spot throughout the second half of the season, but defeat against their biggest rivals Tottenham eventually sealed their fate. The Gunners have now missed out on a place amongst the European elite for six consecutive campaigns.

Here at NetBet, we’ve taken a look at five potential transfer targets that could take Mikel Arteta’s side back to competing at the summit of English football.

Pierre-Emerick Aubameyang was the first big name to leave the Emirates this season, but Alexandre Lacazette has now also announced he will be leaving this summer. Although Eddie Nketiah enjoyed a purple patch towards the end of the season, there is no doubt Arteta will be looking to bring in a top-class striker to fill the void left at the forefront of his attack. Gabriel Jesus is reported to be interesting in swapping Manchester for London, and for a reasonable price, the Brazilian could be exactly what Arsenal need.

He has never been the main man at City, and he’ll relish the opportunity at being the first name on Arteta’s team sheet. Just two seasons ago he registered an impressive 23 goals and 14 assists in 53 games – of which he only started 32. His finishing has never been in doubt, and providing Arsenal’s creative players can carve out chances, Jesus will find the net.

Despite bolstering his midfield with Thomas Partey and Albert Sambi Lokonga, there is still plenty of room for a classy midfielder in Arteta’s line up. Not only does Tielemans offer a genuine goal threat from midfield, he also possesses world class passing ability. He is more versatile than many give him credit for, and could be utilised in many different roles across the Gunners’ midfield. It’s quite remarkable that nobody has come in for the Belgian in recent windows: it is thought he could be available for £50 million, and he looks worth every penny.

Arteta is reportedly interested in brining Gnabry back to north London, where he earned his first senior appearance around a decade ago. With Nicolas Pepe never having really found his feet at the Emirates, there’s every chance he could be on his way out this summer, and Gnabry would be the dream replacement.

Since breaking into the Bayern Munich first team, the German winger has notched up 104 goal involvements (64G, 40A) in 170 games in all competitions. It’s safe to say he’s tried and tested. He would provide an option on both wings and add a touch of dynamic, goalscoring ability to an Arsenal side that have been known to squander chances.

Whether or not William Saliba commits his future to the club will largely affect if Arteta goes after another centre-half. Regardless, Gvardiol would be a superb signing, not just for next season, but potentially for the next decade. The 20-year-old has enjoyed a breakthrough campaign in his first season at RB Leipzig, and he’s only going to improve.

The Croatian is the epitome of a modern-day defender, but also boasts some valuable old school tendencies. He defends aggressively and is strong in the tackle, but also ranks amongst the best defenders in the Bundesliga for progressive passes. The former Dinamo Zagreb graduate would be a superb signing for most Premier League clubs.

Arsenal’s right back spot has been a constant problem for Arteta. Whilst Cedric Soares is probably coming to the end of his time at the club, there have also been doubts over Takehiro Tomiyasu’s on-ball ability. Djed Spence would be an affordable but solid option for some competition in the problem area, following an excellent promotion campaign with Nottingham Forest.

He is unlikely to remain at his parent club Middlesbrough after they missed out on the play-offs, and it looks to be a relatively risk-free move. Arsenal fans would also enjoy beating their rivals to a target, with Spurs rumoured to be interested in the 21-year-old.