€1.3 billion will be shared amongst the clubs participating in the 2016/17 Champions League and the UEFA Super Cup and we explain how the money will be distributed, from the first qualifying round to the winners. 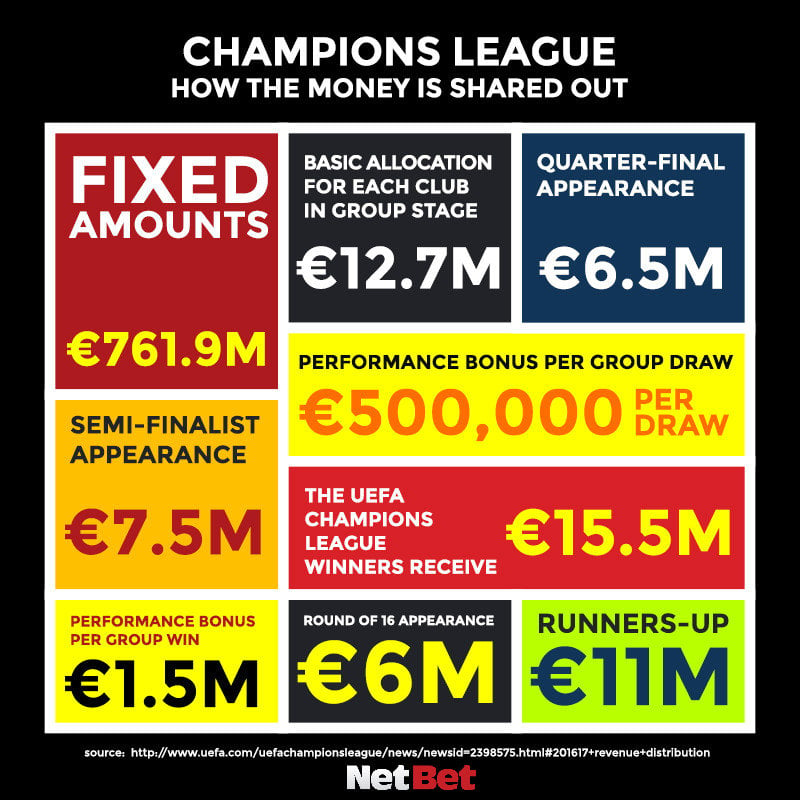 The most that a team could win through the Champions League is €57.2m, not including their market pool share. In contrast, Aston Villa, who finished bottom of the 2015/16 Premier League, pocketed £66 million.

Real Madrid received €4 million from their victory in the Super Cup earlier this season, whilst runners up Sevilla claimed €3 million.

Clubs who qualify for the play-off round share a sum of €50m. Each winner receives €2m, whilst each eliminated club receives €3m.

Approximately €507 million will be distributed in a proportional manner to each television market represented by the participating clubs in the Champions League.