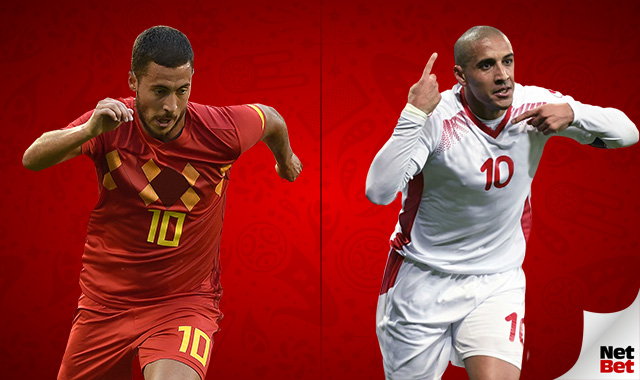 Belgium take on Tunisia on Saturday afternoon, knowing that a win would see them qualify for the knockout stage of the W. Cup. Roberto Martinez’ side beat Panama 3-0 in their opening game, with a brace from Romelu Lukaku coming after an excellent opener from Dries Mertens.

Belgium will be hoping to tie up qualification on Saturday, as they face England in their final group game next week. They started off poorly against Panama, playing some slow football, while Kevin de Bruyne was operating too deep for him to be effective. The breakthrough came shortly after half time, with Mertens thumping home a scorcher from outside the box. Once they scored, the game was as good as over and it was a case of how many they would score in the afternoon.

As for Tunisia, they struggled against England, not creating any chances and being overly physical. Their one shot on target happened to be the contentious penalty, which they scored from. Goalkeeper Mouez Hassen went off injured after 20 minutes, having produced a string of excellent saves to deny England and he’s expected to miss the rest of the tournament. Tunisia struggled to deal with England’s pace, but they might fare better against Belgium if they play the same type of game as they did against Panama.

Tunisia offered very little against England, while Belgium weren’t impressive against Panama either. However, there’s more than enough talent in the Belgian ranks for them to win this game and they should do so easily.