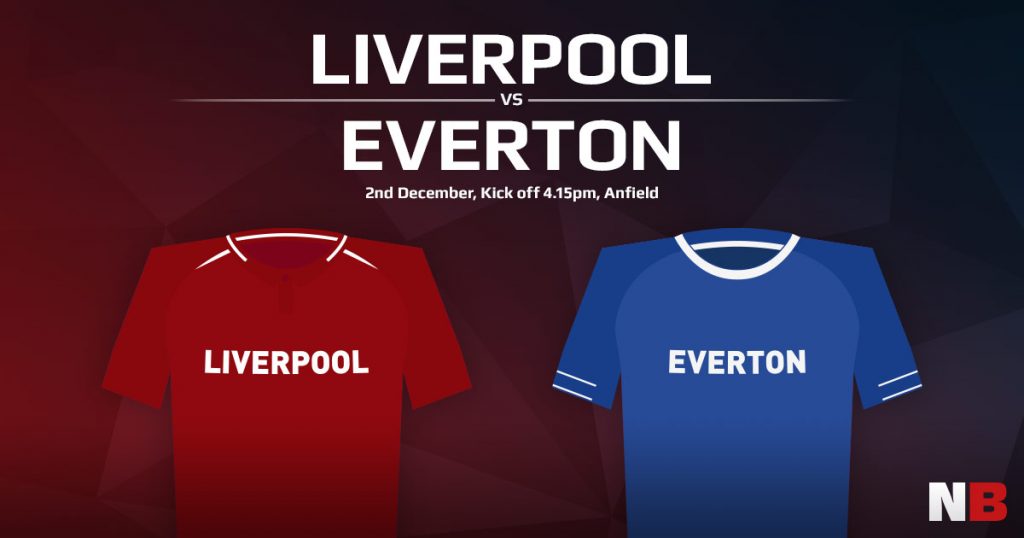 The final Premier League derby of a big weekend of football sees Merseyside rivals Liverpool and Everton face off at Anfield. The Reds will be looking to bounce back after losing to Paris Saint-Germain in midweek, a game which left their hopes of qualifying for the knockout stage of the Champions League in tatters. As for Everton, they haven’t played since beating Cardiff 1-0 last weekend.

Defeat to Everton would make this week instantly forgettable for Jurgen Klopp, especially if Manchester City beat Bournemouth and open up a five-point gap at the top of the table. Up until this point, Liverpool have kept pace with the league leaders, sitting two points behind City, but any points dropped are likely to have serious repercussions with Pep Guardiola’s side in outstanding form and showing no signs of dropping off. There were calls from fans in midweek to replace Klopp as manager, although these fans are likely to be in a small minority, with many believing that the team is consistently improving under the German manager.

As for Everton, they’re exactly where many would expect them to be in the table, sitting in sixth place with 22 points, five behind Arsenal in fifth, and one ahead of Manchester United. Marco Silva has rejuvenated a side that’s been drifting over the last couple of years. However, Gylfi Sigurdsson has been in his best run of form for the club since joining from Swansea, while Richarlison has looked an inspired signing since arriving from Watford in the summer.

This looks to have all the makings of a close, low-scoring encounter and Liverpool haven’t shown much of a ruthless spirit so far this season. Everton will provide tough opposition, but they could struggle against Liverpool’s front three and you’d expect a home win here.

Jordan Henderson misses out after being sent off at Watford last weekend, but there’s a boost for Jurgen Klopp with the return of Joe Gomez, who missed last week’s game, but returned for the trip to Paris in midweek. Trent Alexander-Arnold is also expected to return to the starting 11.

Everton haven’t changed their team in either of their last two matches and they’re expected to remain unchanged for the trip to their local rivals on Sunday.