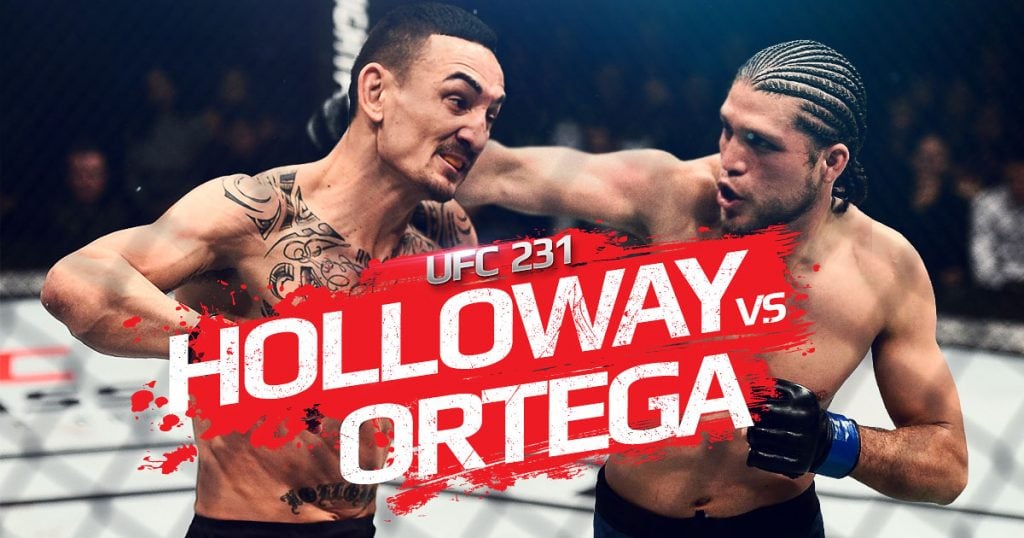 The UFC’s big show heads to Toronto, Canada on Saturday night in what could be described as The Great Rescheduling. Almost all of the main events were supposed to take place on other cards but fell through for one reason or another. They have all been gathered together to create a card of their own, and it’s looking like a good one. Let’s take a closer look at what the UFC has lined up.

Max Holloway (20/23) has not had a great year. Scheduled to face Frankie Edgar in March at UFC 222, he was forced to pull out because of a leg injury. Then in April, he lost his shot at a fight with Khabib Nurmagomedov when the New York State Commission did not like the look of him after a savage weight cut and pulled him from that fight too. And then, while doing press for UFC 226, Michael Bisping, of all people, noted that he looked ‘a little off’ and called him out on it on camera. He was pulled from the fight the next day, exhibiting ‘concussion-like symptoms’. And here’s the scary part: we still don’t know what is/was wrong with him.

That won’t stop Holloway. He’s a fighter, he’s the undisputed champion, and he wants to earn. He claims he is back, medically cleared, fitter and better than ever. If he’s telling the truth, then it’s great news indeed for one of the most exciting young fighters on the roster. Just witness the end of his epic brawl with Ricardo Lamas. Holloway has not lost since his 2013 defeat at the hands of Conor McGregor. He has put together a string of 12 victories against such opponents as Cub Swanson, Jeremy Stephens, Anthony Pettis and twice beating Jose Aldo by TKO. Let’s just hope that whatever it was that was causing him problems is gone because he will need to be at the top of his game.

Brian Ortega (20/23) is something of a phenomenon. Undefeated in 14 fights, he has the second longest win streak in the division behind Holloway. A student of Gracie BBJ, he is an incredibly slick submission specialist, but don’t make the mistake of thinking he is not a striker. Clay Guida was finished via flying knee and he finished Frankie Edgar (the only person to ever stop the seasoned New Yorker) with an uppercut that literally lifted the other man off his feet before he fell to the canvas. But he’s not a monster. Even now, Ortega has expressed concern that the fight may not go ahead, that Holloway might not be ready. But professionally speaking, there is nowhere else to go – he is the number 1 contender, and Holloway is the champ. There’s only one way this ends.

Prediction: Holloway has opened as a slight favourite. On the feet, he has more in his toolkit than Ortega. He has powerful and unpredictable striking, and manages his range exceptionally well. He also has excellent takedown defence, as compared to Ortega’s relatively weak takedown attacking (not that he needs to take you down – he can submit you while hanging off you like some demented koala). But is Holloway fully fit?

Ortega to win by submission: 5/2

Holloway to win on points: 5/2 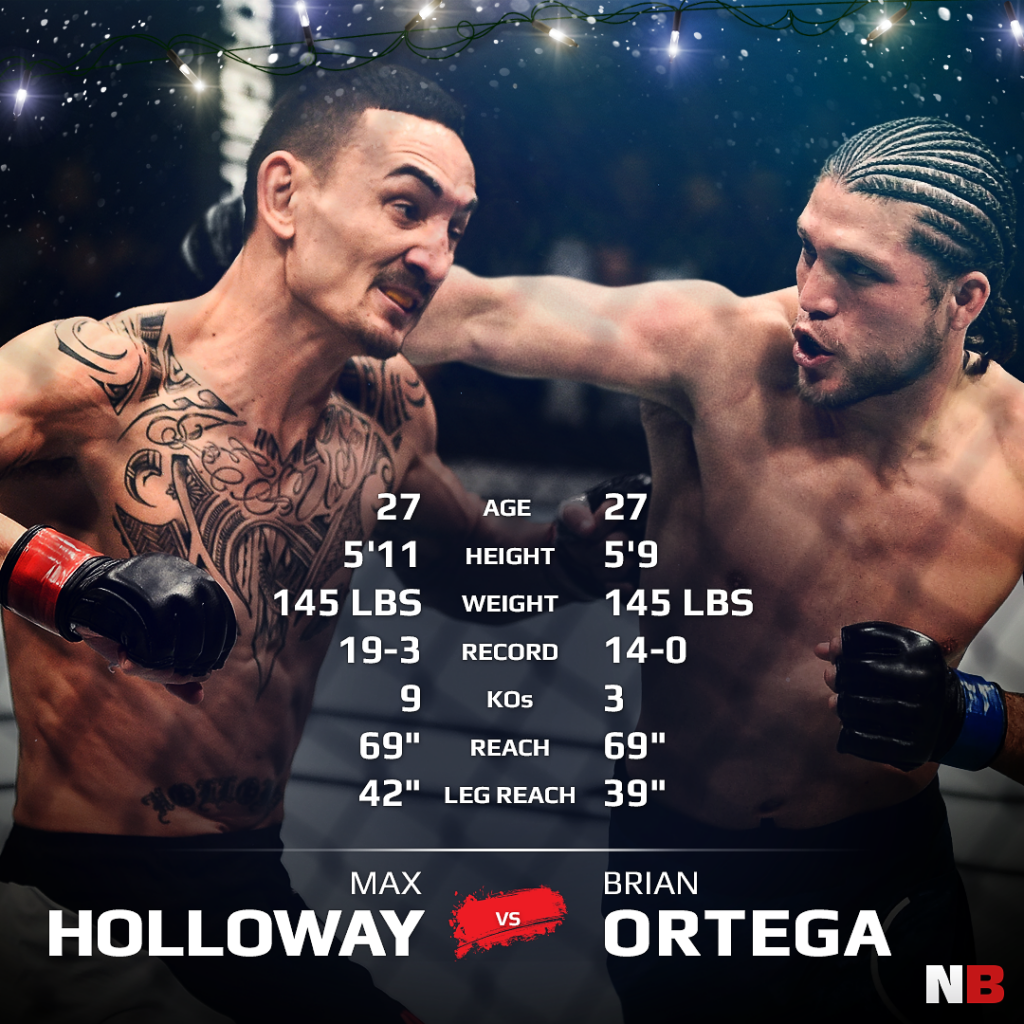 The rest of the main card