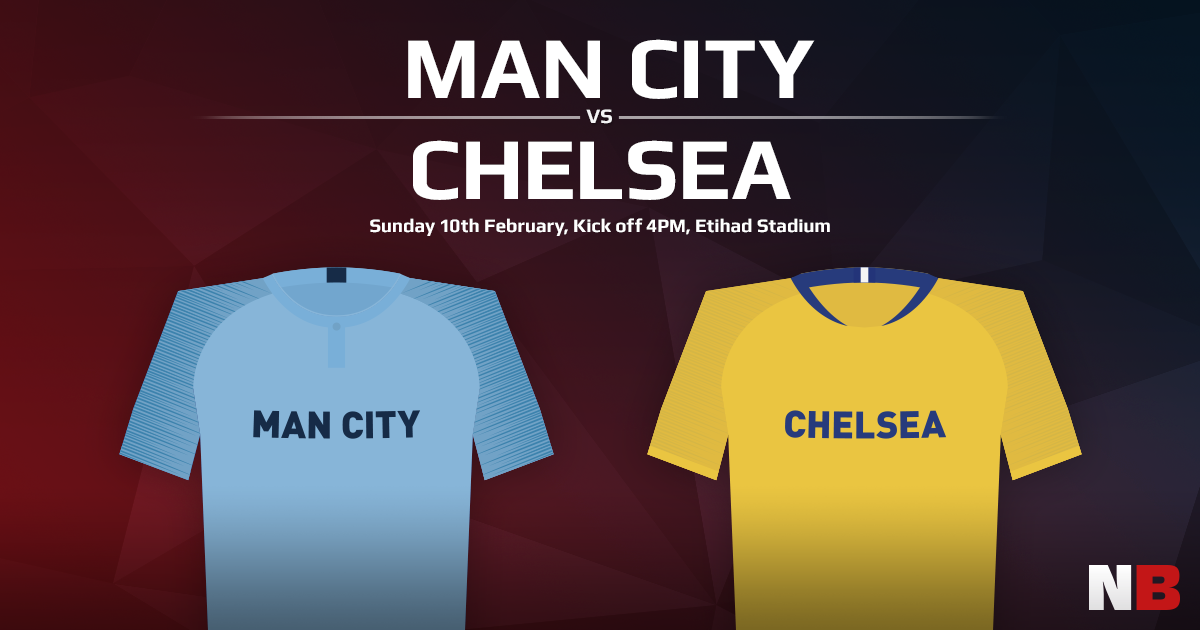 It’s been a long week for Manchester City and it’s not over yet. Having faced Arsenal on Sunday and Everton on Wednesday, they finish off their run of three games in eight days by hosting Chelsea. It’s an exhausting schedule but the pay-off is that they’ll hopefully remain at the top of the table (despite the fact that Liverpool with have a game in hand).

The mind games have begun already. Pep Guardiola has said that he considers Chelsea to be strong title contenders, despite their fourth-place position in the table. Maurizio Sarr, meanwhile, has publicly stated that he believes that Manchester City are the best team in the Premier League. With such highly-charged language being thrown around, expect to see some serious fireworks on Sunday.

City are at home, where they have an excellent record and a record to chase for motivation. If they can score two at home this weekend, this will be the 15th time in a row that they’ve managed a double. The only thing that we can tell about Chelsea at the moment is that there will be goals. They followed a 4-0 loss at Huddersfield with a 5-0 victory over Bournemouth. Hazard will be hoping to continue impressing his mystery buyers in Spain, but we think they are too inconsistent, and City too consistent, for Chelsea to take the win. Despite Chelsea having more time to prepare, we’re going for a 2-1 victory for City.

The heavy schedule has given City some real problems. Kompany and Bravo remain out of action and are likely to be joined by Benjamin Mendy who looks to have a knee injury. This leaves City looking a bit thin and some players will be having to play out of position.

For Chelsea, only Marko van Ginkel is sidelined, also with a knee injury.