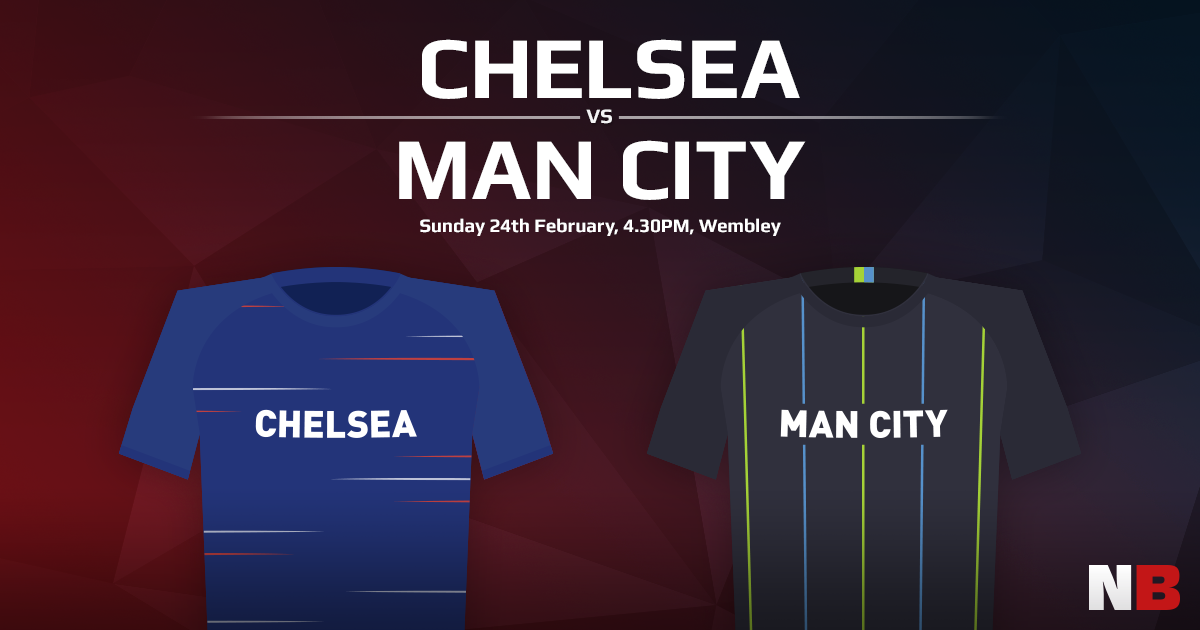 The EFL Carabao Cup, also known (and hereafter referred to as) the League Cup, takes place this Sunday, the first cup tie of the English season. The seemingly unbeatable Manchester City take on the all-too-vulnerable Chelsea at Wembley. This might be Chelsea’s only chance at getting their hands on some silverware this year, but they have a mountain to climb.

Take the semi-final results as an indicator of the task ahead of them. Chelsea managed to scrape past Tottenham after going 1-0 down in the first leg. City, on the other hand, found themselves going up against League 1’s Burton Albion. Dreams of giant-killing swiftly disappeared. In fact, the giant behaved exactly as a giant should and laid waste to the tiny village, making their way through to the final with an aggregate score of 10-0. If that wasn’t enough to make Chelsea nervous, they were beaten 6-0 by City just two weeks ago, and they were dumped out of the FA Cup by Manchester. Oof.

It’s very hard to see any scenario in which Chelsea can get past Manchester City, who are averaging five goals a game at the moment, with 20 goals in 5 games. Even the managers are at opposite ends of the spectrum. Pep Guardiola has won 20 major titles and 10 out of 11 cup finals. Maurizio Sarri, on the other hand, has won none and his position is looking increasingly precarious. The one slight sliver of hope for Chelsea is that they beat City 2-0 at the end of last year.

Those hoping for a huge shake-up in the Chelsea team has evidently forgotten that Maurizio Sarri is (for now) the manager – that’s not how he operates. If Chelsea didn’t have enough to worry about, goalie Kepa Arrizabalaga continues to be a concern after pulling out of the midweek game with a hamstring injury. Eden Hazard and Gonzalo Higuain were surplus to requirements against Malmo but will need to be at their best on Sunday.

Pep Guardiola has no problem making changes, though he has only used 14 players this month and he will likely keep his core of six starting team members Kyle Walker, Aymeric Laporte, Fernandinho, Ilkay Gundogan, Bernardo Silva and Sergio Aguero. Gabriel Jesus, Eliaquim Mangala and Claudio Bravo are all sidelined, and with Kompany and Stones returning from injury, it’s likely at least one of them won’t be selected.