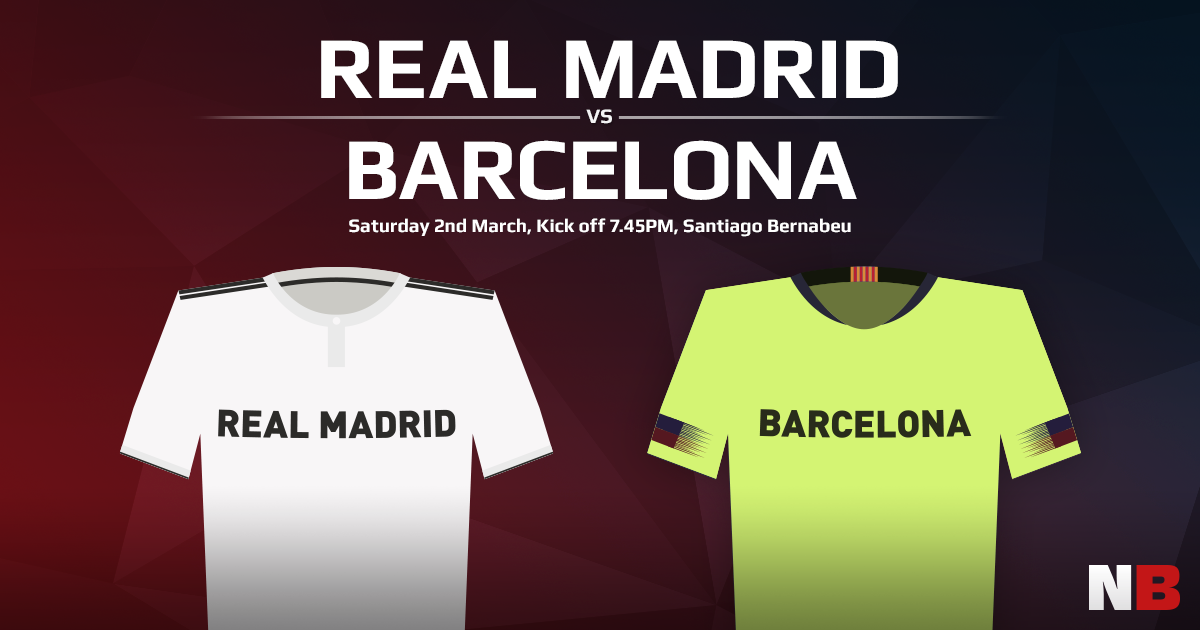 Typical, isn’t it? You wait all year for El Clasico and then two turn up at once. They will be meeting in La Liga on Saturday night, but first there is the small matter of the second leg of the Copa Del Rey to deal with. The first match ended in a 1-1 draw, with goals from Lucas Vazquez and Malcom. Barcelona have dominated this competition, putting together a winning run that goes back to 2015. Madrid have only won the competition twice since 1993, which seems like a very long time for a team of Madrid’s pedigree. That said, it was Madrid who took the initiative in the first leg, scoring first and forcing Barca to respond.

With a commanding lead at the top of La Liga and the Champions League to occupy their minds, Barcelona probably won’t consider the Copa Del Rey a huge priority. Nevertheless, they won’t want to pass up any opportunity to humiliate their oldest rivals, especially as Real have also made it to the last 16 of the Champions League.

Not even home advantage and Barcelona’s run of relatively poor form is enough to give Madrid the edge on Wednesday night. Part of this may be down to Gareth Bale’s frustration with his club. He came off the bench to score the winning penalty against Valencia at the weekend but shrugged off the congratulations of his teammates. He is likely to be on the subs list again on Wednesday, and his recent petulant behaviour may cost him a role in the match.

Captain Sergio Ramos was serving out a suspension last weekend and will be eager to reclaim the armband for the El Clasico. Bale’s woes have been detailed above and despite being recovered from a back injury, Isco is unlikely to start for as long as he remains in Scolari’s doghouse.

Rafinha, Jasper Cillessen, Arthur, Thomas Vermaelen and Jasper Cillessen are all on the injured list, and while Samuel Umtiti is fit and ready after three months out, chances are Barca will start with Clement Lenglet in defence.