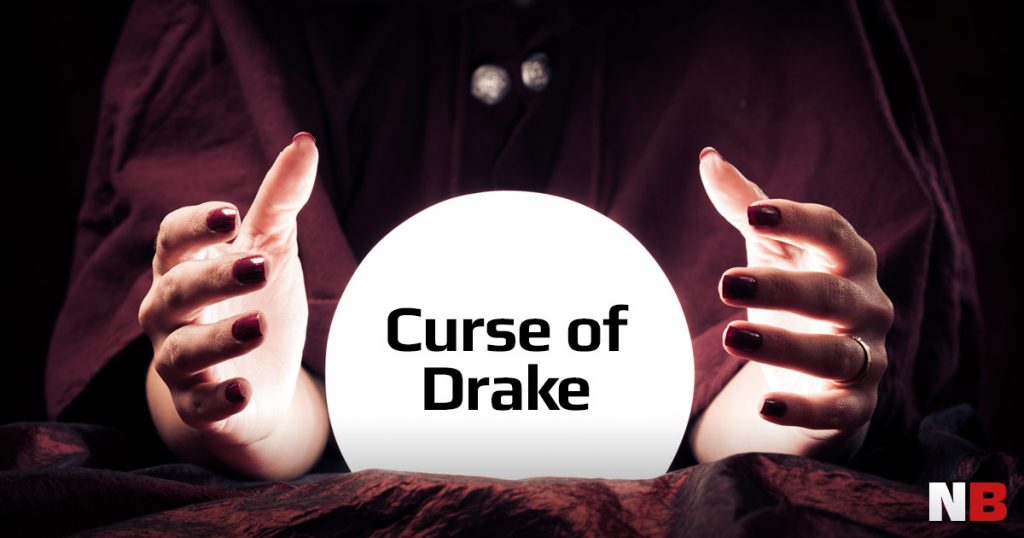 There is a great deal of superstition in sport. Kevin Keegan, for example, had to be the last guy in his kit before going onto the pitch before a game. He’d hang around in the dressing room without a shirt on until the rest of the team were ready and would often be seen dressing in the tunnel on the way out. Gary Lineker used to change his shirt at half time if he hadn’t scored a goal yet, and Cristiano Ronaldo used to change his hairstyle at half time (though whether this was down to tradition or savvy marketing, we’ll never know for sure). Giovanni Trapattoni, the former Italian national coach, used to carry holy water with him which had been blessed by his sister, a nun. And in Portugal, thousands of Benfica fans gather before every season to watch Vitória, the club’s pest control eagle and mascot. If Vitória flies around the stadium and then lands on her perch, this bodes well for the coming season.

If people believe in good luck, it’s possible that they believe in bad luck even more. There are as many stories of sporting curses as there are good luck traditions. There’s the ‘Curse of the Bambino’, which affected the Boston Red Sox baseball team. In 1919, then-owner Harry Frazee sold the great Babe Ruth to rivals, the New York Yankees. While the Yankees had great success, it was 86 years before the Red Sox won the World Series again. In snooker, the ‘Crucible Curse’ is whispered of – the fact that no first-time winner of the World Snooker Championship has ever successfully defended their title since the event was first held there in 1977 (there have been 17 champions in that time).

So when we hear of a new curse, one that transcends the boundaries of one sport and begins to affect others, we have to sit up and take notice. We’re just surprised to learn that this one involves US and Canadian RnB sensation, Drake. It certainly seems to be serious: Italian team AS Roma have banned their players from having their photo taken with the star for the rest of the season. This stems from an unfortunate series of events beginning in Manchester.

After playing the Manchester Arena on 15th March, Drake posed for a picture with Paul Pogba. Five days later, United lost to Wolves and went out of the FA Cup. Unfortunate, but not really evidence of the supernatural. However, a pattern began to emerge.  Arsenal forward Pierre-Emerick Aubameyang took a snap with the singer on 2nd April. Again, five days later, his team were beaten 1-0 by Everton. Sergio Aguero posed for a selfie, but then missed a penalty in Man City’s 1-0 loss to Spurs. The problem has spread to the continent, first with Borussia Dortmund’s Jadon Sancho (his team lost 5-0 to Bayern Munich) and then PSG’s Layvin Kurzawa (who lost 5-1 to Lille, their biggest defeat in 19 years). While these devastating events have proved a shock to European football fans, sports fans in the USA have long since learned to be wary of the Hotline Bling singer.

On top of all his various football footballing victims, none could be more gutting than his photo with Manchester City superstar Kevin De Bruyne on the day of City’s Champions League game against Spurs. De Bruyne went on to tear Spurs apart, only for his team to be knocked out on the away goal rule.

Legend has it that the curse first reared its head in 2013. This was the year that Drake became the Global Ambassador for the Toronto Raptors, the NBA’s only Canadian team. Anyone familiar with either will know that Drake is a regular fixture in the front row of Raptors games. Unfortunately for the Raptors, Drake’s support has meant that while they’ve come close, they’ve never won a championship and in fact have a bit of a reputation for choking at key moments.

Not winning a championship is painful, but it’s not the end of the world. But many are blaming Drake for single-handedly destroying the Miami Heat with just a single photo. Taken during their celebrations after winning the 2013 championship, their foolishness in allowing Drake close enough to LeBron James came back to bite them the next year when they lost in the finals to the Cleveland Spurs, and James left the team to go back to Cleveland. Drake’s involvement was never specifically mentioned as the reason for his departure, but sometimes you don’t really need to spell it out. The Heat have yet to recover.

But it gets worse. In October 2018, Conor McGregor faced Khabib Nurmagomedov for the UFC Lightweight belt. At the ceremonial weigh-ins, McGregor took to the stage with his entourage, including one Aubrey D. Graham draped in an Irish flag. Not only did McGregor go on to lose the fight, the action spilled out into the arena, with Khabib jumping the cage to assault members of McGregor’s team in the crowd. Who was standing right there? You guessed it. His latest victim is Anthony Joshua, who posed for this picture last month, and whose fight in June has just been cancelled after ‘adverse findings’ in his opponent’s drug test.

It’s not just being photographed with members of certain teams that can trigger the curse. Just seeing Drake wearing your team’s logo can cause a disaster. Earlier this year, Drake was spotted wearing an Alabama hoody, then the top-ranked team. But in their next game, Alabama were destroyed by Clemson with a score of 44-16, and everyone was quick to blame Drake. This led to the Minnesota Timberwolves sending out a tweet begging Drake to never wear their gear. It does not always work, however. Just this week, interns in Manchester United’s social media team thought they had found a sure-fire way to win. A tweet of Drake in a Barcelona shirt was immediately sent out but they were still beaten. It’s telling, however, that the tweet required no accompanying text. This thing is real, and everyone knows it.

There is one small consolation for the multi-millionaire singer: he is not alone. He can form a support group for multi-millionaire singers along with Mick Jagger, who knows a thing or two about being accused of cursing teams. He has such a terrible reputation for backing the wrong team that Brazilians have taken to calling him ‘pé frio’, which means ‘cold foot’. Before their 2014 W. Cup semi-final, fans made mock-ups of Jagger wearing a Germany or Argentina shirt, hoping that they could trick the curse onto the opposing team. But Jagger, feeling that this was clearly nonsense, turned up in person to support Brazil. Well, we all remember how that turned out. 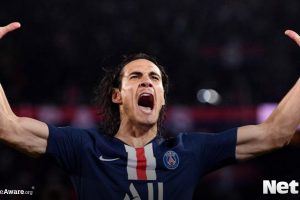