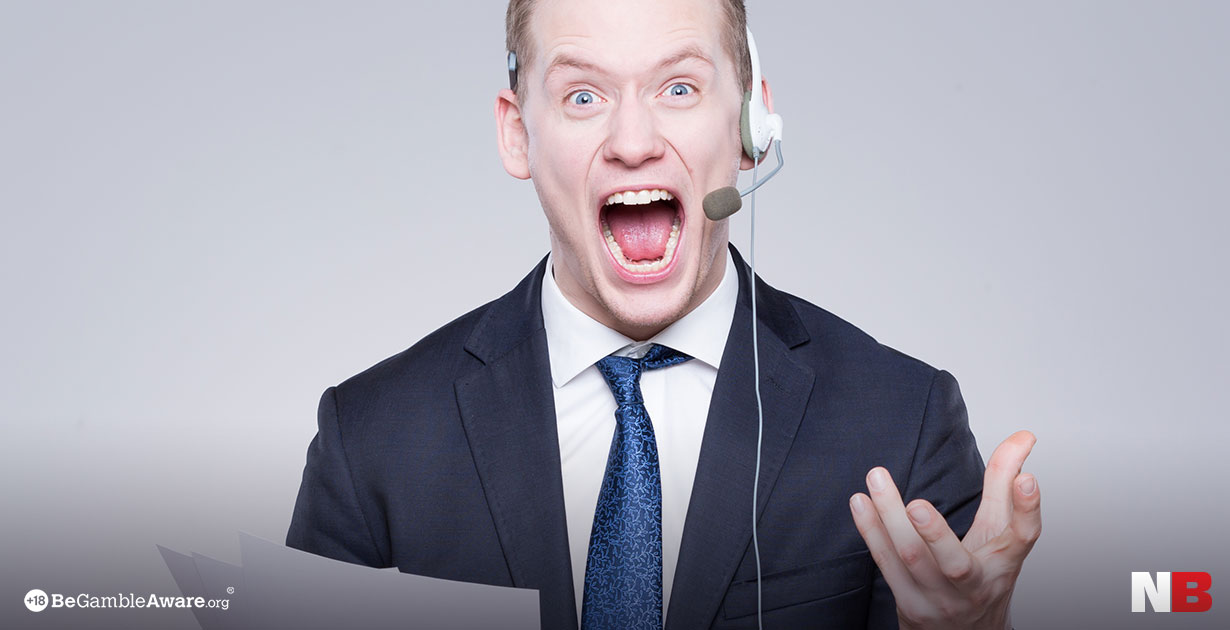 What a week for English football. You wait all season for an amazing comeback, and then two come along at once. Firstly, Liverpool pulled off a stunning upset after starting 3-0 down to the mighty Barcelona. Not only did they manage it, they made a team worth $4.06 billion look like Sunday League amateurs at times.

Then, with the puddle of Lionel Messi’s tears in the corner of the visitor’s dressing room at Anfield barely starting to dry, it happened again. From 2-0 down, Spurs legend-in-the-making Lucas Moura single-handedly saved the day by scoring a hat-trick to send Ajax tumbling out of the Champion’s League.

And while the scenes of jubilant fans and players are always nice to see, occasions like these can also produce even more heart-warming moments – commentators absolutely losing their minds.

Here we see the commentary team from Liverpool’s own TV channel, Steve Hunter and former player John Aldridge, going completely bugnuts with unrestrained joy as their dreams come true before their eyes. Meanwhile, the next day in Amsterdam, the semi-final of the Champion’s League was being watched by more than just fans and representatives of the teams playing. Sure, there was an English contingent including Gary Lineker, Rio Ferdinand and Glen Hoddle going insane back in the studio, but that is to be expected. These are global events which require global coverage. It’s for this reason that a commentary team from Denmark were at the game, leading to this incredible (albeit slightly foul-mouthed) moment after going off the air.

Some people are on the pitch…

We’ve come a long way since 1966. While Kenneth Wolstenholme’s ‘they think it’s all over’ is a classic line, everyone was far more restrained back then (people on the pitch? Outrageous!). The role of the commentator is a difficult one, especially during international matches. They must remain impartial (as far as possible), criticising mistakes and praising moments of great skill on both sides for the duration of the game. But sometimes football gives you something so wonderful that it’s simply not possible to be impartial, as this goal by Zlatan Ibrahimovic demonstrates. Never mind that was is an international between England and Sweden, and that Sweden were basically humiliating England. Stan Collymore’s reaction was so honest, so pure, any former allegiances simply did not matter in the face of such brilliance. Stan was not the only one to lose their mind.

Can you hear me, Maggie Thatcher?

Perhaps it only seems to be the case, but as with Zlatan’s wonder goal, many of commentating’s finest moments seem to come at the expense of the English. In 1981, England travelled to Norway for a World Cup qualifying match that should have been a formality. After all, only five members of the Norwegian team were professional footballers. The rest were part-timers. Nevertheless, the home side managed to pull off a huge upset, leading Norwegian commentator Bjørge Lillelien to go temporarily insane and start listing every Englishman he had ever heard of, starting with Admiral Nelson. It is certainly the only time that Lord Beaverbrook, Henry Cooper and Lady Diana would ever come up during a commentary at the same time.

At least Bjørge Lillelien could make himself understood. Speaking coherently and at a pitch audible by anything other than bats and small, nervous dogs was a real struggle for Iceland’s Guðmundur Benediktsson after their 2-1 victory over England in the 2016 Euro Cup. Another team of semi-professionals, the smallest state to enter the tournament held Portugal (and therefore Ronaldo) to a draw and sent them out of the group stages. They went on to beat Austria, which sent Benediktsson into orbit. But that was nothing compared to the shrieking that ensued when they went on to knock England out of the tournament. “You can leave Europe!” he screeched at the defeated English, “You can go wherever the hell you want!” The clip proved to be so viral that it even featured on Stephen Colbert’s Late Show.

There have been some other classic moments featuring commentators from other British nations. Take Peter Martin’s reaction to this wonder goal by James McFadden against France in 2007. The Radio Clyde presenter was taken so off-guard by the 40 yard strike that he transforms into the hulk in the middle of a sentence. And this poor quality clip shows the Welsh-language SC4 team going a bit Icelandic during Wales’ match against Belgium in June 2015.

… And then there’s Chris Kamara

After all this excitement, it’s time to bring it down a notch. Nothing calms things down like a bit of gentle cluelessness. You’ve got to feel bad for poor old Kammy, they don’t make it easy for him. The format of Sky’s Soccer Saturday is not exactly conducive for good commentary. There is a live broadcast from most stadiums where games are taking place, but because of the intricacies of screening rights and so forth, they cannot show any of the action. This means that, when called upon by the studio, they must face away from the action and talk to the camera and there’s always the risk that they miss something important.