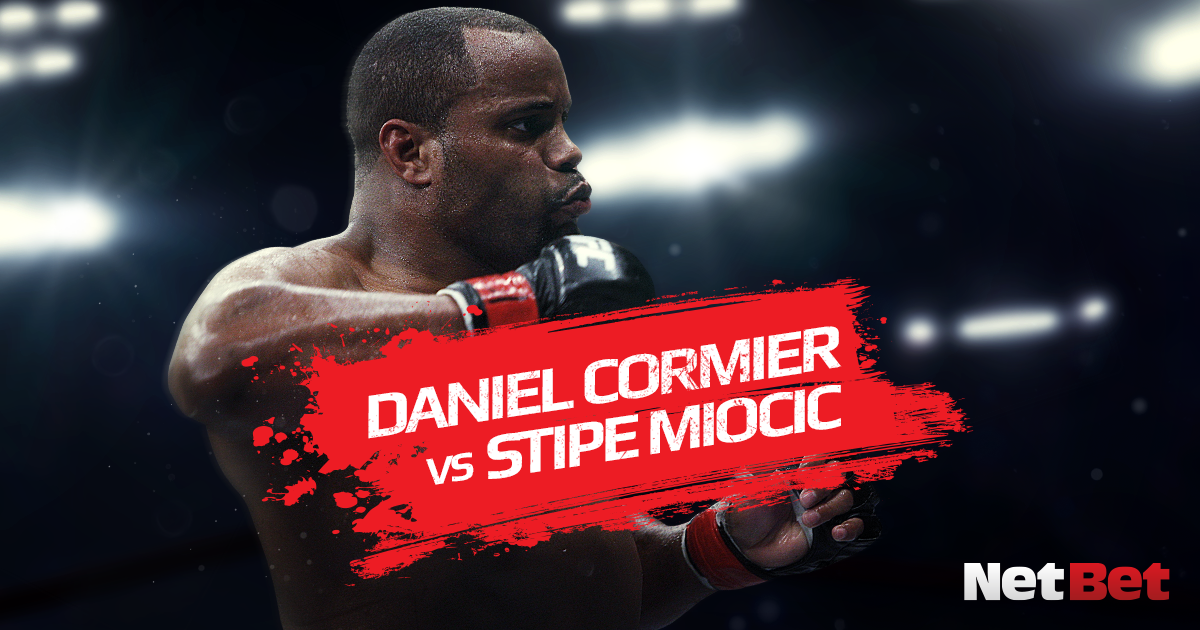 California is the venue for the UFC’s second PPV event in August, with Daniel Cormier facing Stipe Miocic for the Heavyweight title. While both Cormier and Miocic are strong fan-favourites and their second meeting is set to be explosive, it’s entirely possible that people are more excited by the co-main event. That’s because Nate Diaz is making his long-awaited return to the Octagon to face Anthony “Showtime” Pettis. Also on the card is the explosive Yoel Romero, who will be taking on fellow Brazilian Paulo Costa. There’s a host of other fights too, so let’s take a closer look. 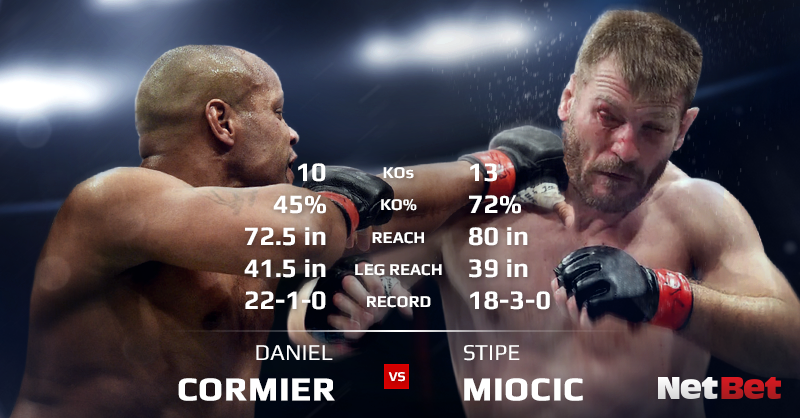 At 40 years of age (but still not the oldest fighter on the card – that honour goes to 42-year-old Yoel Romero), UFC Heavyweight Champion Daniel Cormier likely has only two fights left in his career. After this second fight with Stipe Miocic, he’ll likely drop back down to Light Heavyweight for a third fight against his old nemesis, Jon Jones. After his surprise victory over Miocic in July last year, the scene seemed to be set for a fight with Brock Lesnar but the Minnesotan meathead evidently had trouble deciding between the re-entering the USADA drug-testing pool and returning for the UFC or taking it easy in the WWE. Lesnar chose the latter, and so Stipe gets his rematch instead.

While Miocic hasn’t fought since then, his reign as heavyweight champion was the longest-running in UFC history. In their previous fight, Miocic came out strong, pressing forward and putting Cormier against the fence. Cormier was unfazed by this pressure and dropped Miocic with what seemed like a relatively light punch with thirty seconds left in the first round. He won’t want to repeat history, but the betting odds are reversed, with Miocic being the underdog this time around. It’s a tough fight to call, as you would expect the younger, full-time heavyweight to have the edge, but Cormier seemed to win the first fight with relative ease. If you fancy a flutter, you could do worse than back Miocic for this one. 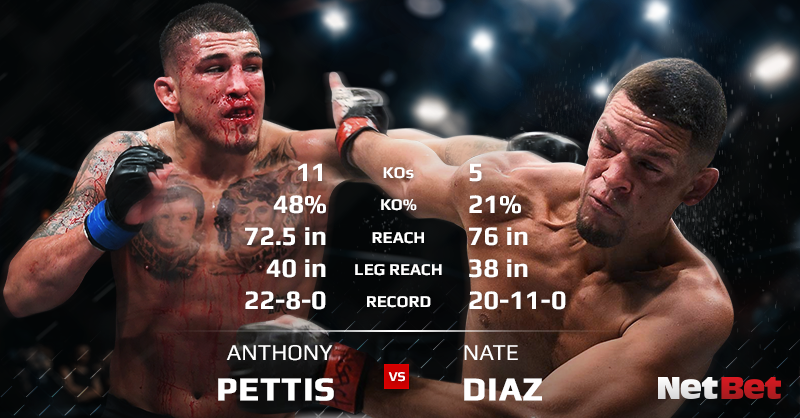 While not a title fight, this is likely to be the one that generates the most hype, and the fight that most people will tune in for. Nate Diaz last fought 39 UFCs ago, the legendary second fight against Conor McGregor that took place in 2016. Despite the long lay-off, Diaz remains one of the most popular and beloved fighters on the UFC roster. He’ll be facing Anthony Pettis, the former Lightweight Champion who has now moved up to Welterweight and seems to be finding some success there. He last faced Stephen Thompson, handing him his first career KO. Before that, he was in an out-and-out war with Tony Ferguson that landed both the Fight of the Night performance.

Diaz is primarily a boxer with an amazing BJJ pedigree; Pettis has a background in both of those things as well as taekwondo, capoeira and muay thai. It’s this versatility that makes him such an exciting fighter and leads to highlight reel moments such as his amazing leap off the cage to kick Benson Henderson in the face. His three-year absence means that Diaz is a small underdog in this fight, but no matter how it goes, it should be an excellent contest.

Yoel Romero won $27 million back in June after winning a lawsuit against a manufacturer of supplements that caused him to fail a drugs test back in 2016. While he may never see any of that money (the defendants never turned up to court so the chances of them turning up to pay the fine are slim), it must be a relief to lose the ‘soldier of steroids’ tag that has been following him around for a few years now. Paulo Costa has no such excuse, having been fined and suspended for six months for a USADA violation in April. Romero has been rubbing salt into the wound lately on social media by accusing Costa of cheating.

Romero is an Olympic wrestler with just three losses to his name, two of them to current Middleweight Champion Robert Whittaker, the second of which was a controversial split decision. Costa, on the other hand, is unbeaten in 12 fights, having most recently stopped Uriah Hall in the second round back in July last year. Both have amazing knockout power, but if it goes to the ground, expect Romero to dominate. In fact, expect just about anything from Romero, including flying knees, spinning elbows and the occasional kiss.

Who doesn’t love a good slam knockout? That’s what Lightweight Gabriel Benitez did to his most recent opponent just 39 seconds into his most recent fight. He has 21 wins and 6 losses to his name, though has not really faced any particularly stiff opposition. The only ‘big’ name he’s faced is Andre Fili, who finished him in the first round.

His opponent is Sodiq Yusuff, who graduated to the UFC by way of Dana White’s Contender Series. He has 9 wins and 1 loss, comprised of 5 KOs and 4 decisions. He’s definitely got KO power, but to be honest, we’re struggling to see why he’s such a clear favourite in this match-up. Either way, these two have been given an opportunity to appear on the big stage. Here’s hoping that they don’t waste it!

Derek Brunson has been a professional MMA fighter since 2010 and has fought just about everyone in the Middleweight division, from Chris Leben to Israel Adesanya. Now at the age of 35, he’s making an attempt to move up the rankings perhaps for one more shot at the title. But he has lost to all the other ranked contenders he’s ever faced, including Robert Whitaker, Anderson Silva, Ronaldo Souza and Yoel Romero.

Ian Heinisch is just a couple of places behind him in the Middleweight rankings and he will be hoping to leapfrog Brunson on his way up. However, his two proper UFC fights have both been decision wins over a couple of up-and-comers like himself. This is the biggest opportunity that he has been given yet and is a slight favourite for the night, so let’s hope he doesn’t waste his chance.

There are a few familiar names to be found in the preliminary fights. Cory Sandhagen follows up his decision victory over John Lineker with a fight against Raphael Assunção. Assunção is the very definition of the word ‘veteran’, having been a pro since 2004, and in the UFC since 2011, so this should be an interesting fight. Manny Bermudez is an unbeaten Bantamweight taking on Casey Kenney in his 12th fight and is favourite to keep his streak alive.