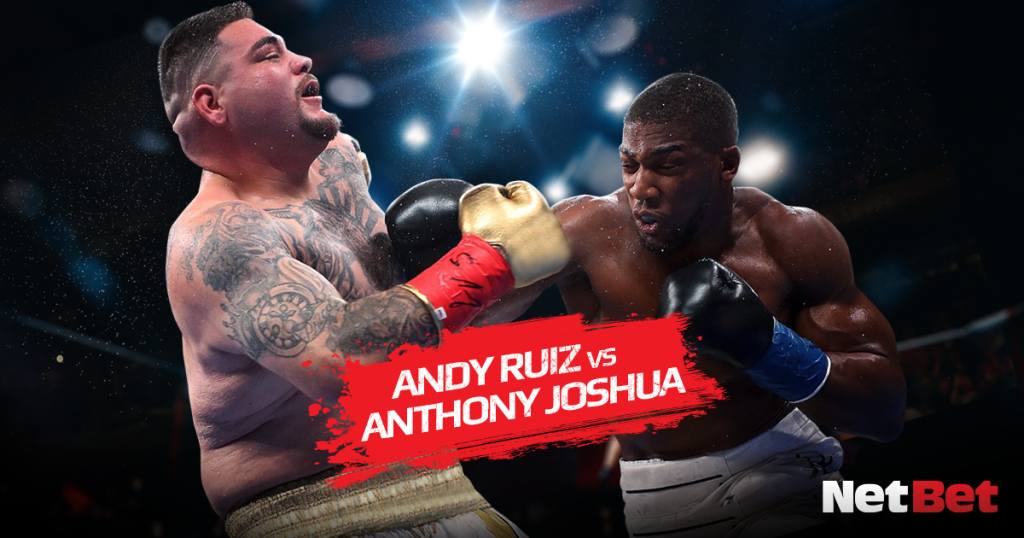 Ding-ding! The gloves are off – or back on- as Anthony Joshua takes on Andy Ruiz Jr once again in a rematch following Joshua’s shock defeat to the Mexican-American fighter in June at Madison Square Garden in New York.

At odds of 1/100, Joshua was stunned by his rival in what is known as one of the biggest shocks in boxing history. Ruiz Jr wasn’t even first choice as Joshua’s next opponent, with Jarrell Miller the man set to face Joshua before testing positive for taking a banned substance.

Ruiz Jr stepped in and the rest is history. After being knocked down in the third round, the Californian-born boxer then knocked Joshua down four times before the fight was called to a halt in the seventh round, with Ruiz Jr winning by technical knockout at odds of 12/1.

With that, Joshua’s belts went to the American who won the WBA (Super), IBF, WBO and IBO heavyweight titles.

With this defeat, Joshua’s management team triggered the rematch clause in the pre-fight contract and now the two are set to go head-to-head in a fight billed as Clash of the Dunes at the Diriyah Arena in Saudi Arabia on Saturday night.

Joshua looks the complete heavyweight, standing at 6ft 6in, towering over the heavier and shorter Ruiz Jr but the 30-year-old from Imperial Valley on America’s west coast showed chinks in the armour of Joshua in that first fight.

The Watford-born boxer previously looked indestructible in all of his career bouts but showed some glaring weaknesses in defence which Ruiz Jr will hope to exploit once again.

However, in the build-up to the fight, Joshua has looked focused and has set his sights on getting the job done in the Middle East. Whatever happens, expect it to be a titanic showdown in the heat of the desert.

Are we expecting another huge shock? Judging by the prices, Joshua is the overwhelming favourite to claim all four belts back from Ruiz Jr. He has spoken clearly about just winning the fight, and not caring how he does it. Normally the stylish former Olympic champion oozes class in the ring but after that chastening loss in the summer, Joshua realises perhaps that it is about substance, and not style for this fight. Did he underestimate Ruiz Jr in New York? Possibly yes but let’s not forget that AJ did put Ruiz Jr down first. Maybe then he took his foot off the gas but he won’t underestimate his opponent now! He knocked down the new champion in the third last time. Expect him to do it again at odds of 16/1 and this time the Brit could well finish the job fully. 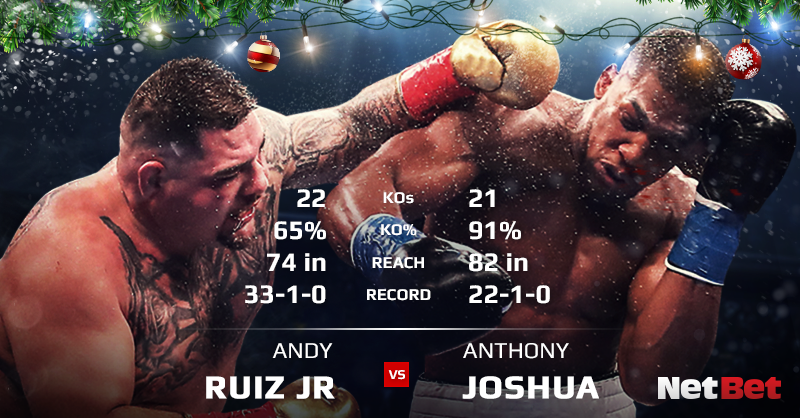 Pulling off a mammoth shock like Ruiz Jr did last time means this holds no fears for the champion. He took Joshua to the cleaners from the fourth round onwards and floored him four times before the referee decided enough was enough for the Brit. He looked composed, a big hitter and his stamina seemed to get better as the fight wore on, which are all big positives in a bout of this magnitude. However, he will be facing a wounded boxer and could be susceptible to the early knockdown. With that in mind if Ruiz is to win again, it will go a bit further than round seven so decision to the American is 12/1. 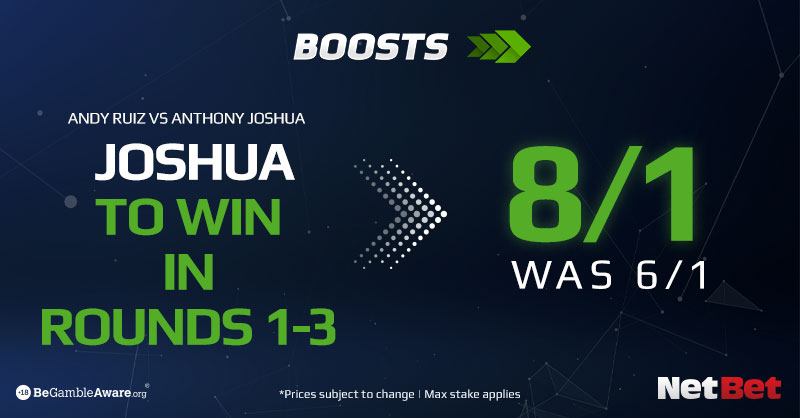 Also on the card…

With this epic clash the closer on an all-heavyweight undercard, there are some other intriguing bouts to get your teeth into. One that has particular interest is the Dillian Whyte vs Mariusz Wach fight. Whyte is a very hot favourite at 1/50 and has been tipped to fight Joshua on more than one occasion. You won’t get much return in that so an early Whyte victory in round two is 12/1.